Posted on September 5, 2022 by Elias in Reviews, Switch 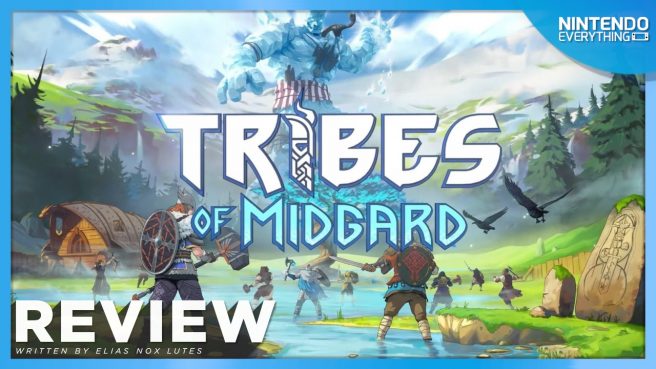 At a little over a year from its initial launch, Tribes of Midgard made its way to Switch recently with more bells and whistles to show for it. Originally, the game boasted only its session-based Saga mode with ten players taking on a series of tasks to survive together and make it through a scenario, with an offline mode touting the same objectives. With Season 3: Inferno Saga, updates were made to both Saga and the newer Survival mode. We’ll be diving into both modes and taking a look at what they look like on Switch.

Tribes of Midgard is set in a world of Norse mythology and lore. Every creature and boss draws heavy inspiration from its source material and is presented in a loving and authentic art style that encompasses its subject wonderfully. While graphically the game is quite average, it is the style of presentation that the game pulls together quite expertly. The art style, music, ambience, and overall flavor is crafted well and immerses the player in the world almost immediately. Due to the frantic nature of the game’s many scenarios and goals, there aren’t too many opportunities to take everything in, but while mining for resources or smacking down enemies on my journeys I did enjoy my time simply traveling about and seeing what there was to see. 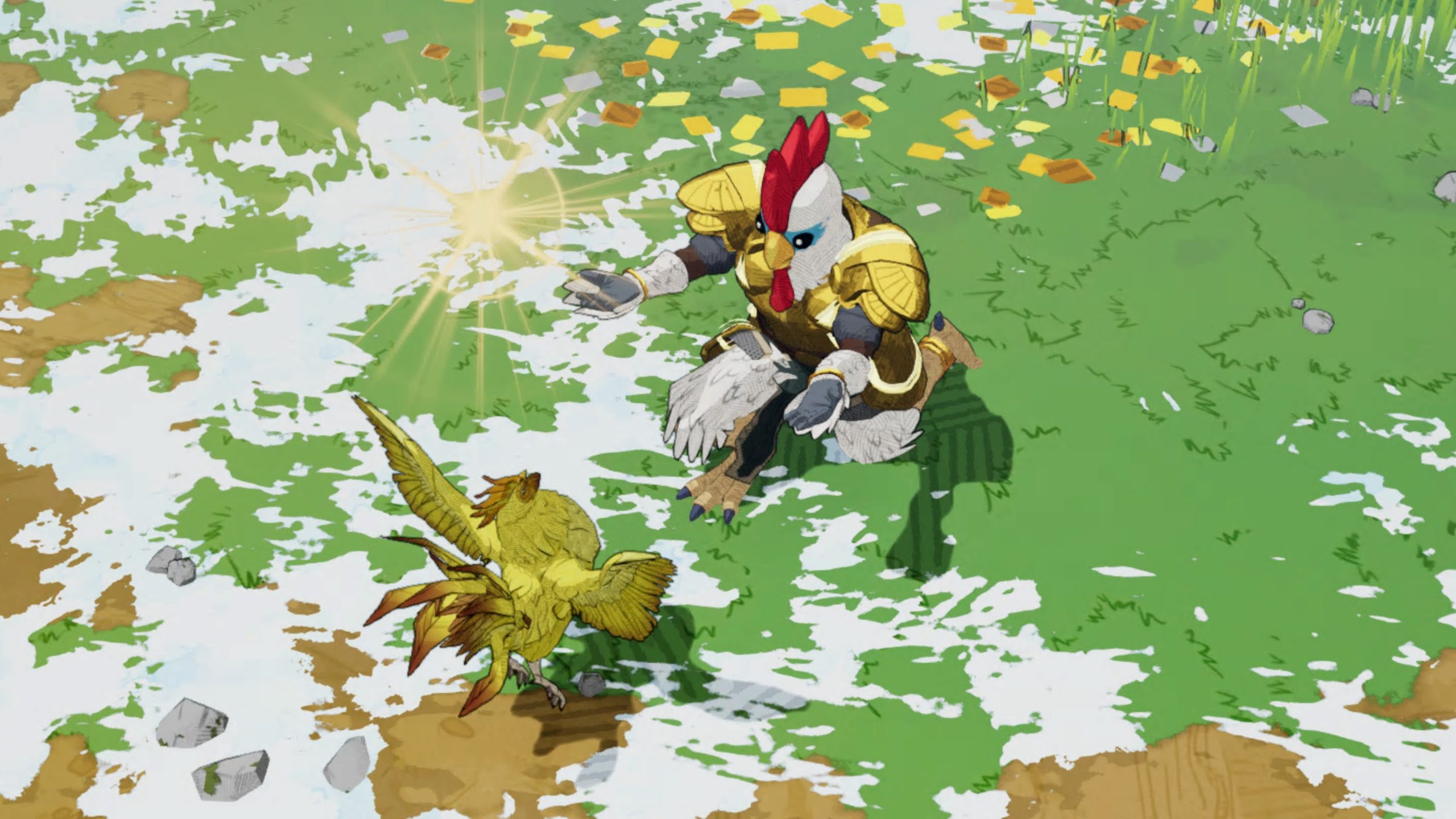 The loop of gameplay is a standard affair: the online Saga Mode is where a group of up to ten players can take part together to complete different listed objectives over the course of two in-game weeks. Every few nights, the in-game sundial’s clock turns red, signaling a Blood Moon. Like what most things titled Blood Moon are, this one is also fairly unpleasant. Stronger monsters will approach the village base, looming closer and closer until they are either slain, or they arrive to rip and tear everything you know and love to shreds. Taking these out early on is usually helpful, as it allows for less expenditure of resources overall and protects the seed of Yggdrasil at the base – a very crucial life form, and one that if it dies, spells game over for your group. At night, some resources can be found that do not appear during the daylight hours. Setting aside time to go and explore and bring back loot will prove useful to any new adventurer, and trips back and forth between the base and objective points are commonplace… Which means being able to communicate with your group would be rather handy.

Voice chat is a definite game-changer and can take what could be chaos and allow for team work and meeting objectives quickly and efficiently. Being able to explain to newer players what to do in order to progress has a profound impact on how quickly one can adapt to a new game style, especially for myself. I was able to learn even faster when paired with teams that had voice chat enabled, which may at first cause your brain to come to a grinding and anxiety-infused halt. But if I am being completely honest, I think this is where Tribes of Midgard shines the most. This game is surprisingly enjoyable to play with strangers. In every match I made during my online sessions, players were kind, informative, friendly, and challenged me to do better. Everyone explained things and made sure not to leave others behind. While the core gameplay loop of ‘fight creatures, get materials, fortify base, fortify equipment, fight more things’ is always innately satisfying, I felt that it was enhanced by the fact that this game is designed for truly cooperative gameplay and that its players had fully embraced that concept. 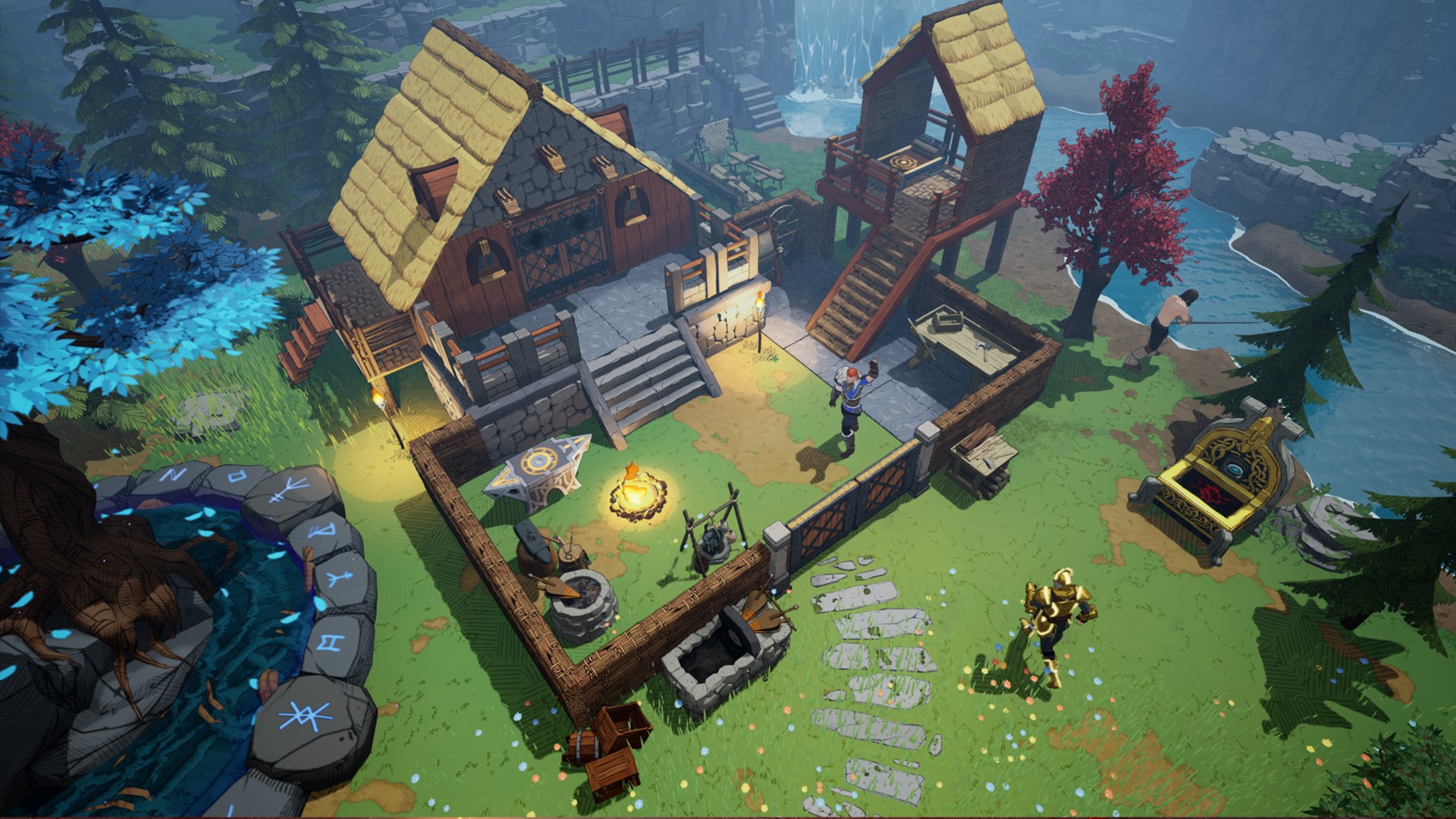 Survival Mode is an entirely different experience and probably is the one I ended up spending the most time with. Taking the skills I learned from online play, I was able to really embrace the game and make my way pretty far. It felt a lot less hectic than the busywork of Saga’s scenarios, but being a player with a weakness for base building games, I had to have a nice town and nice, well, everything. This is completely optional though, as you can simply fortify your area and adventure on without the threat of impending Jotunn or other insidious monsters known for their base-breaking tantrums. Survival mode is tuned in a way that the solo player experience is what is thought of here – so there will still be Jotunn, but you will find them out on your adventures and they won’t be lumbering slowly toward your base with the latest Hatebreed album on repeat to rip and tear to.

Tribes of Midgard is a good game. While there were a few times where I noticed stuttering (particularly with a large amount of people and enemies in one area) it never seemed to impact gameplay – any time I lagged, the game seemed to catch me right back up naturally and I was able to continue with no problem. Tiny text is even easy to read in handheld mode, so there’s never a struggle to keep up with what is going on in game and that’s not to mention the built-in voice chat feature for players to use with it’s wonderful people ready to take on the Jorgumander or whatever crazy legendary creature is next on the list. The game’s price is very fair for the content offered, and though premium currency is available for purchase, only cosmetic items are in the storefront. This means that players that opt not to spend further money will never be behind on stats and ability. They just won’t look nearly as shiny, and that’s okay

Tribes of Midgard offers a wonderful online multiplayer experience that is hectic and a bit of a scramble, but balances it with a more leisurely Survival mode where players can take their time and chase objectives at their own pace. With a robust community of players and developers that continue to add content and invest in their player base, (looking at the special chicken pet here,) Tribes of Midgard is honestly quite a nice place to bring nine of your friends with you on an epic journey or 7. Whose keeping count, really?

Tribes of Midgard copy provided by the publisher for the purposes of this review.