Rise of the Slime hitting Switch this month 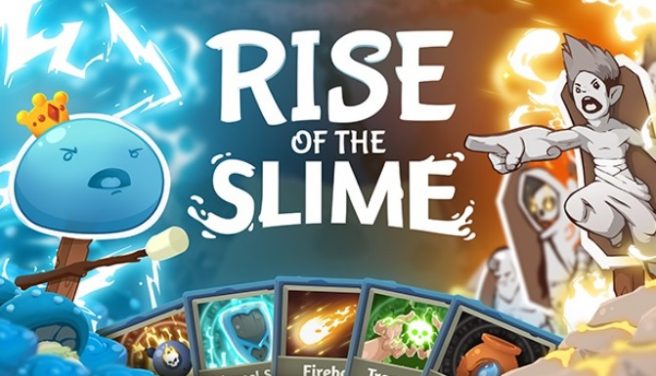 Playstack and Bunkovsky Games have nailed down the release date for Rise of the Slime, a roguelite deckbuilder. The game will be launching for Nintendo’s console on May 20.

We have the following overview of Rise of the Slime from Playstack:

Offering a unique mix of deep, tactical deck-builder gameplay with the chill vibes of a side-scrolling adventure, Rise of the Slime plonks your squidgy hero in an enchanted and dangerous world. Help Slime overcome the odds by playing insanely powerful cards in turn-based, positional combat against a bunch of baddies—though you just might feel terrible dousing them with acid.

With the help of fancy hats and pet companions to spice up your adventures, you’ll traverse beautiful and exotic lands, from sizzling fire swamps to toxic marshlands to a breezy unfurling garden populated by sexy radishes!

– Turn-based combat alongside real-time exploration, offering a unique mix of roguelike and deckbuilder.
– Positional mechanics, matching your wits against enemies. Strategically quick step, push, and flip behind enemies to gain the advantage in combat. Use your cards wisely!
– A visually appealing art style, with striking, colorful characters, cards and environments.
– Extensive replay value with gameplay mutators, shifting routes and hundreds of deck build variations (100 magical cards at launch). Each playthrough of Rise of the Slime is different!

View a new trailer promoting the release date for Rise of the Slime below.