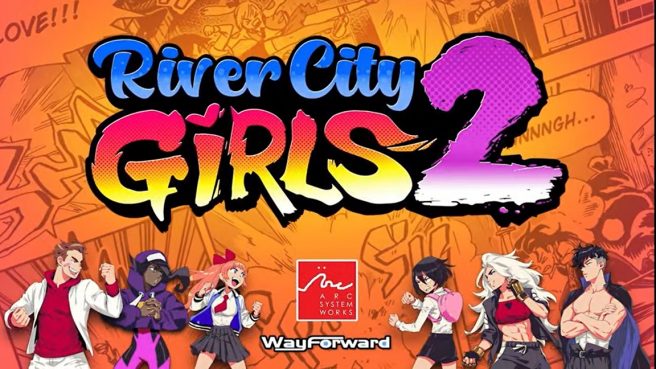 This week’s issue of Weekly Famitsu magazine has revealed an updated release date for River City Girls 2 in Japan. The title will now be releasing on December 1, 2022 in the region.

It should be noted that the last update we received for River City Girls 2 was in December 2021, with a trailer providing a Summer 2022 release window for the game. Considering this new Japanese release date, it’s likely that this Summer 2022 release window has slid in other regions as well, in which case we should hear a confirmation for the game’s new worldwide release date soon.

The magazine also confirmed the voice actors for the game’s two new playable characters, Marian and Provie. Marian will be played by Marina Inoue, while Provie will be voiced by Akari Kitou.

For those interested in River City Girls 2, here’s an overview for the title:

There’s trouble once again in River City! Picking up shortly after the original, River City Girls 2 puts players back in control of Misako and Kyoko – as well as Kunio, Riki, and newcomers Marian and Provie – as they set out on an all-new RPG-infused beat-’em-up adventure. New moves, new enemies, new recruits, new environments, new items, and the return of an old foe await, along with the same over-the-top sense of humor and adrenaline-pumping combat of its predecessor. The game will also feature multiple routes, a dynamic story system, and two-player co-op action, both locally and online.

-Six playable characters, each with their own fighting styles and upgradable move sets!

-River City is bigger than ever! All-new areas and branching paths await!

-Play solo or team up with a friend, locally or online!

-Loads of new and returning NPCs to meet, interact with, and punch in the face!

Thanks to Gematsu for the tip.