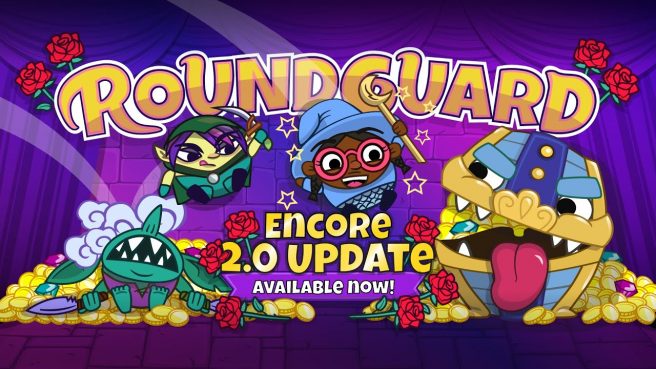 The Quantum Astrophysicists Guild and Wonderbelly Games have announced that a new Encore Update is now live for Roundguard, their Peggle-like rogue-like. The expansion gives each character their own series of escalating Encore ranks to explore and adds tons of new gameplay variety and new rewards to unlock.

Below are further details on the new 2.0 “Encore Update” for Roundguard:

The new Encore Mode for each hero adds a whole new type of gameplay with more boss variants and hero ranks to push players to their limits as they climb the leaderboards. In addition, a Wheel of Woes, new relics, new achievements, and new accessibility settings (including Arachnophobia Mode) have been added.

All Switch players can access the new 2.0 “Encore Update” for Roundguard now.