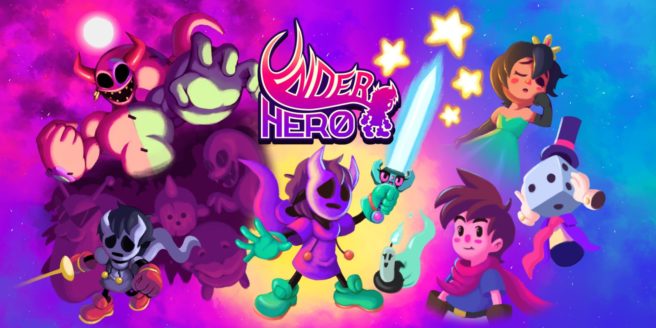 Here’s an overview of Underhero, along with a trailer:

Underhero is an RPG-platformer where the chosen hero has failed, and an underling of the evil king reluctantly takes his place as the new hero. Use timing-based combat to defeat enemies as you venture across the land, face off against quirky bosses, and save the Chestnut Kingdom from your own evil boss, Mr Stitches!

Key Features:
A side-scrolling RPG adventure, complete with lush pixel art and cartoony aesthetics
Jump, slash, evade, talk, and bribe your way through a fantasy adventure with a satirical twist
Turn-based combat… without the turns! Precisely timed actions are your most powerful weapons
Level up, solve puzzles, find secrets in a world full of friends, foes, and weird inhabitants
A wonderful original soundtrack composed by Stijn van Wakeren
A story full of humor and mysteries awaits!

Underhero will cost $16.99 on the Switch eShop.