Rumor: Final Fantasy IV: The After heading to Wii 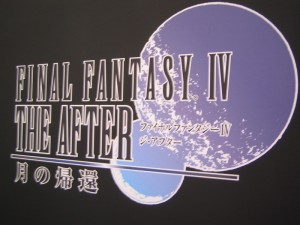 RPGSite is reporting that Final Fantasy IV: The After could be seeing a re-release on the Wii. Earlier this year, the game was made available on two sets of mobile phones, but only in Japan. The After is a direct sequel to the events of FFIV, involving Ceodore, the son of Cecil and Rosa. Final Fantasy IV/FFIV: The Aftermath producer Takashi Tokita made a recent remark that Square Enix would do their best to “make this game available for our overseas audiences as well!” Bringing the game to American waters is clearly something that is being considered, although only time will tell if the game will house itself on Wii.