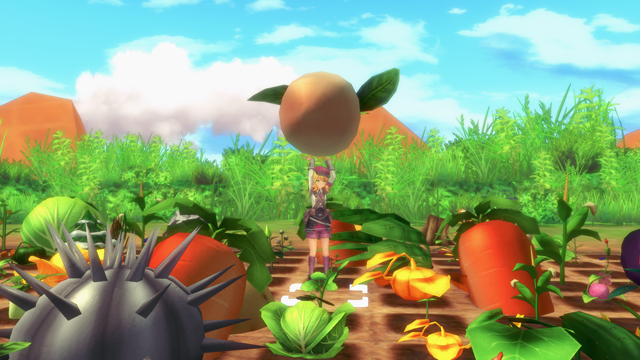 Marvelous has prepared a bunch of content for Rune Factory 5. The company has sent out a plethora of details about the game in addition to lots of screenshots and art.

Live in a Fantasy World

– RPG full of things to do
– Interact with the townspeople and find love
– Spend each day working on the farm and casting a line
– Make use of weapons and magic to carry out your adventure
– The game offers a friendly, carefree design that allows even first-time players to easily jump into its world

– After losing their memory, the protagonist ends up in Rigberth
– This is a town surrounded by nature, where they protect the peace as a member of the guard and adventure alongside their companions

– Tough monsters await outside of town
– Use all sorts of weapons, magic, and combination arts with your companions to defeat them

– Grow vegetables and fruits on the farm, or do some leisurely fishing at the river
– Communicate with the townspeople while enjoying life in the town

– Choose between a male or female protagonist
– If you find someone who catches you eye, take them on dates, fall in love, and get married, you might have a cute baby

– The protagonist (player avatar) loses their memory and ends up in town, where they protect the peace as a member of the guard
– Choose between a male or female protagonist

– Young man who lost his memory and ended up in the rural town of Rigberth
– With the townspeople that helped him in mind, he takes up an apprenticeship at Seed to protect the peace
– Well-mannered and cannot ignore someone in need
– Would not say he dislikes being relied on
– He is a bit of an airhead

– Young lady who lost her memory and ended up in the rural town of Rigberth
– With the townspeople that helped her in mind, she takes up an apprenticeship at Seed to protect the peace of the town
– A kind girl who cannot ignore someone in need, even if it is inconvenient for her
– Full of curiosity and positivity
– Good at keeping an eye on the town as she walks around

– Kind girl, bright like the sun, who has lived in Rigberth since the day she was born
– Messes up a lot in her day to day life, but is forgiven thanks to her natural cheerfulness
– Can be unexpectedly reliable, such as when she prepares for everything in advance
– Wants to overcome her fear of leaving town, which was caused by a certain incident

– Half-elf girl and established member of Seed currently working far away from home
– An elite who wants to follow in her father’s footsteps
– Overly diligent and by the books
– It annoys her when a discussion does not have a clear ending or suddenly changes subject
– Hard-headed, but is conflicted about whether it is OK to stay that way

– Young man who works as apprentice in hopes of becoming a top blacksmith
– He does not talk much and takes pride in his work, but rumor has it that he secretly gives nicknames to his favorite tools
– Since he is blunt, he is easy to misunderstand
– Always thinking about his craft, but his world changes when he meets the protagonist

– Young knight who has sworn allegiance to the Nohrad Kingdom
– Talented and proficient in politics, but his reason for visiting Rigberth is unknown
– Though dutiful, rational, and intelligent, he refrains from forcing people to conform to his way of thinking, which earns him their trust
– The protagonist will be able to witness a different side to him

– All sorts of people live in the town of Rigberth

– Head of Seed’s Rigberth Office. Despite her young appearance, there is something about her that comes off as quite old and elusive. She speaks sternly, but is caring and always lends a hand to those in need.

– Head of a band of thieves made up of societal misfits and those with nowhere to go
– It is said that wherever there is an incident, he will always be there