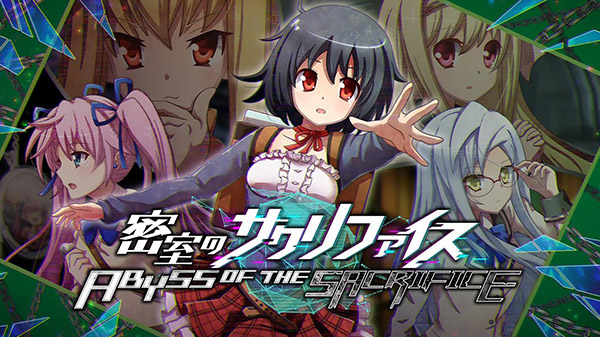 D3 Publisher has been hard at work bringing games to the Nintendo Switch. This time, they’re at it again alongside developer Intense to bring an enhanced version of the February 2010-released PSP suspense adventure game Misshitsu no Sacrifice. The new title is called Sacrifice of the Abyss and will arrive on December 17 with support for English, Japanese, and Chinese (Traditional and Simplified) language options. The game will launch at retail for 4,800 yen and digitally for 3,990. Take a look after the break for an over view as found by Gematsu, along with a trailer:

Five girls are trapped in a closed underground city. What lies beyond the betrayal and killings? Is it hope? Or despair?

A fusion of suspense adventure and escape game, Sacrifice of the Abyss is a full-scale suspense story of mystery after mystery. The adventure parts are fully voiced by a cast of wonderful voice actors. And the escape parts offer a high difficulty that will even impress escape game fans.