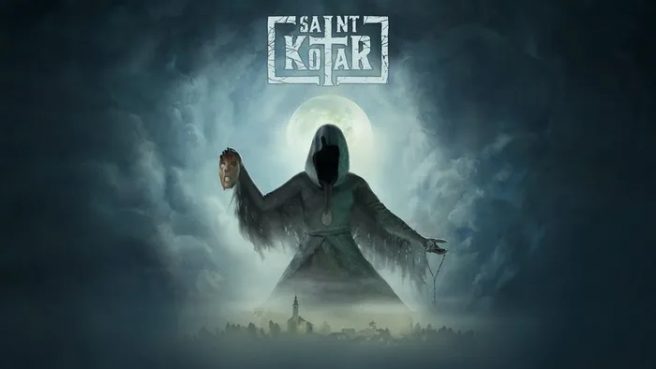 Saint Kotar, an upcoming psychological horror adventure game, has received a final release date on Switch. We’ll be seeing it on October 14, 2022.

Saint Kotar was originally secured for Switch in 2020 following a successful Kickstarter campaign. SOEDESCO has since come on board to handle publishing duties.

In this story-and-choice-driven point-and-click psychological horror game with branching storylines and multiple endings, you take the role of Benedek and Nikolay. These two troubled godly men go out to search for a missing woman in an ancient rural town plagued by macabre murders and strange phenomena, which are allegedly related to occult rituals of devil worship and witchcraft.

– Delve into a psychological horror point and click adventure.
– Live the game’s branching stories and influence the game’s ending.
– Experience the dark world through its hand-painted graphics and fully voiced narration.
– Alternate between two protagonists and affect both their stories and the fate of other characters with your actions.

Other than today’s release date news for Saint Kotar, a new trailer has been published. Have a look at the video below.

Saint Kotar will be sold both physically and digitally on Switch when it launches later this year.