Sakurai admits that Smash Bros. Ultimate has too many Fire Emblem characters, too many sword users 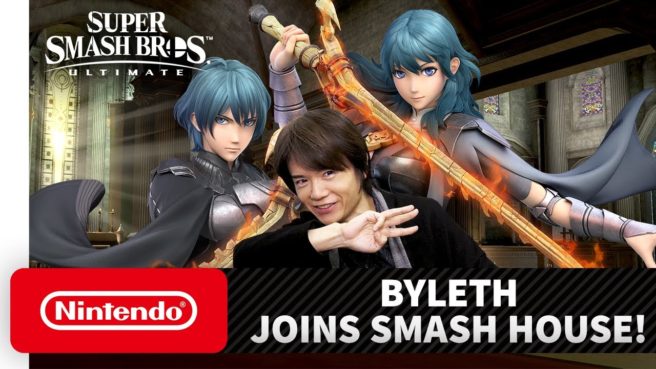 Super Smash Bros. Ultimate director Masahiro Sakurai returns in Famitsu this week with his bi-weekly column. Seeing as Byleth was recently added to the Switch game, Sakurai spoke about the new character – and also addressed some fan complaints that there are too many Fire Emblem characters and sword users.

Here’s a summary of some of the information shared in the column:

– The new fighters weren’t Sakurai’s own favorites
– Once again, Nintendo was behind those choices
– This time Sakurai is bringing the experience to play as the protagonist of a game you can play right now right away
– He tried to start working on a title where the original game was still in development
– Sakurai says he understands well that there are too many Fire Emblem characters
– Also understands that there are too many sword users
– It has been decided like that so he just proceeds as-is
– There are other things Sakurai has to think about more
– Since there are so many sword users, he brings in tactic exclusive to each fighter
– The 3 Hero Relics owned by the three house leaders were being included in move inputs

As always, we’re planning on providing a full translation of Sakurai’s column. Stay tuned for that in the future.