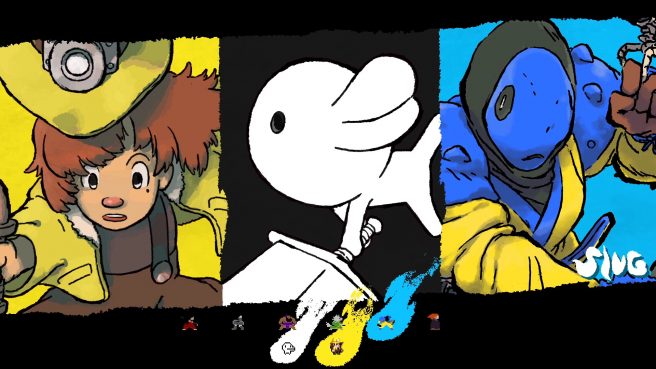 It’s been a few years since Samurai Gunn 2 was announced for Switch. The project still has quite a bit of development remaining as the team is pursuing Early Access on Steam. On the bright side, we’ve received a status update.

Lead developer Beau Blyth says that “Samurai Gunn 2 is extremely fun to play right now, and has all of the main modes and features we want in the finished game. We want to get our community playing, having a blast with friends, and giving us feedback. We believe we can make a better game by seeing what people enjoy the most and doubling down on that.”

A new trailer for Samurai Gunn 2 was also shared today, which introduces new collaborations. Ana from Spelunky 2 and the main character from Minit will be included.

Here’s an overview of Samurai Gunn 2, along with the new trailer:

A Perilous Adventure
Welcome to the Forbidden Forest, a dangerous land protected by the Cursed Tengu. Launching with the 1st of 4 worlds, venture alone or with up to 4 friends cooperatively—online or on your couch! Includes 21 levels, 2 power-ups, 3 unlockable weapons, and a mysterious curse. Can you find them all?

Brutal Multiplayer
Don’t blink! The original mode is back and faster than ever. It’ll take more than button mashing to prove yourself amongst friends! Launching with 9 VS levels: 2 all new Samurai Gunn levels, 6 updated classic levels, and one ‘Friend’ level—based on Minit!

A Sword, a Gunn… and a Dash!?
Just like the original, each samurai is armed with a sword and gun, loaded with only 3 bullets. But shooting isn’t the only thing bullets are good for… By ‘swallowing’ a bullet, you can now Dash! Fly unscathed through your opponent’s slashes, just don’t Dash into a bullet head on! A small addition that greatly expands the moveset and strategic possibilities.

A Samurai with Skills
Every character in Samurai Gunn 2 has abilities unique only to them. Run up walls, turn invisible, shoot explosive bullets, the list goes on! Discover new techniques and play styles with an ever-expanding roster.

– Directed by Beau Blyth, creator of Samurai Gunn and co-creator of Hyper Light Drifter
– ADVENTURE MODE – Local + Online! Play solo or invite friends. Launching with the first of 4 worlds
– VERSUS MODE – Local + Online! 9 VS Levels on launch.
– UNIQUE ABILITIES! – Every character is unique! 6 playable samurai on launch.
– FRIENDS! – Ana from Spelunky 2 and Minit from, ummm, Minit!? Yes! Both have unique abilities straight from their original games.
– COMIC – Read Trigger Soul, a 200 page Samurai Gunn graphic novel by acclaimed French artist Valentin Seiche. Launching with Chapter 1 of 6.
– FUNN MODE – This setting tones down the violence and removes the blood for a family-friendly experience.
– SOUNDTRACK by DOSEONE – This game has so much music packed in it. FEEL the rhythm in your blood!
– A WHOLE NEW LOOK – Boasting the freshest art and animation from veteran Nelson Boles

Samurai Gunn 2 does not have a release date at this time. However, it will land on Switch with the 1.0 release.