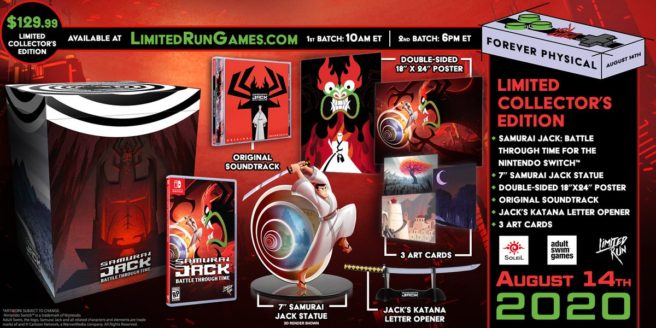 Samurai Jack: Battle Through will have an initial release on the Switch eShop later this month. But for those who prefer physical copies, you might be interested in what Limited Run Games is cooking up.

Aside from a standard release, Samurai Jack: Battle Through will also have a collector’s edition. Copies include a physical copy of the game, Jack’s katana letter opener, statue, and more.