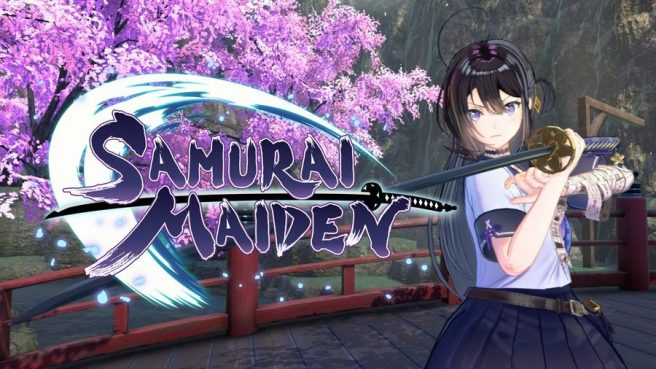 D3Publisher and developer Shade have revealed Samurai Maiden, which is officially described as a girls sword-fighting action game. A release is planned for this winter on Switch.

The game focuses on a young woman from the 21st century with sharp swordsmanship skills who finds herself in Honnō-ji during the Sengoku period. She’ll venture through the Underworld with a trio of newfound ninja friends.

A temple in flames. Swirls of black smoke rise high into the sky. The angry shouts of soldiers can be heard all around. Before you stands a bearded old man… Wait, is that Nobunaga Oda?!

And when things get tough, activate the Devoted Heart technique to have samurai and ninja lock lips to enhance their abilities! There are so many exhilarating, epic battles to take on! Slay the Demon Lord of the Sengoku period and forge everlasting bonds with your ninja friends! A brand-new female-led sword-fighting action game is here!

Get a look at a trailer for Samurai Maiden below.

The official website for the game is located here.