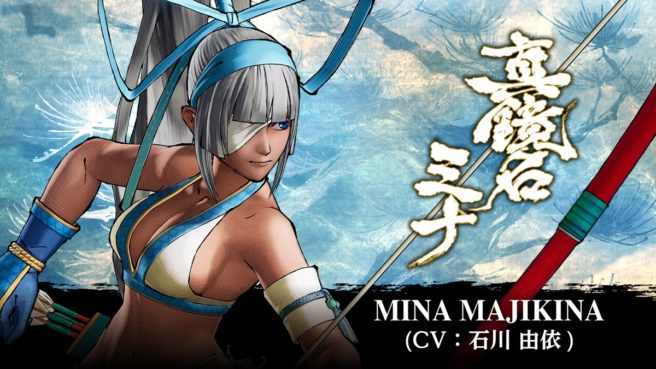 Samurai Shodown will be out for Switch in the west on February 25. Right around that time, we’ll be seeing a new DLC character. SNK announced today that Mina Majikina will be available on February 26.