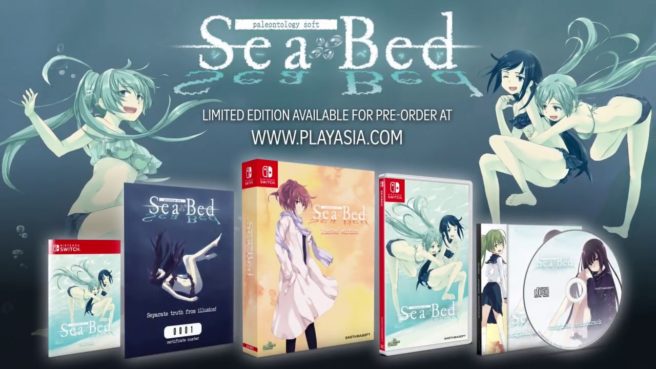 Original (3/16): The yuri-themed mystery visual novel SeaBed drops on the Switch eShop this Thursday. If you’re someone who prefers physical media, you’ll be happy to hear that a boxed edition has just been announced.

Play-Asia will be selling standard copies as well as a limited edition. The special release includes the following: