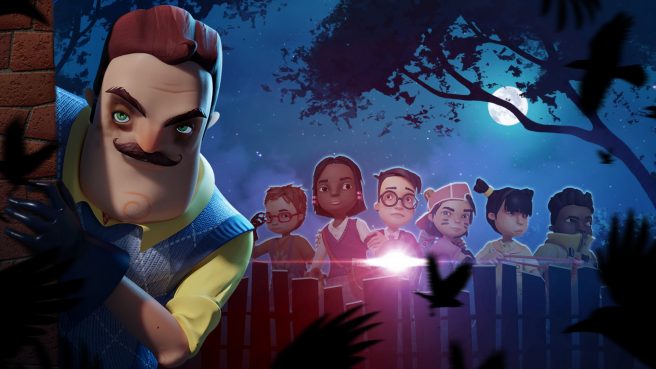 The suspenseful multiplayer horror game Secret Neighbor is on the way to Switch, tinyBuild and Hologryph have confirmed. It will launch on the system this summer.

Secret Neighbor was looking likely for Switch after a rating surfaced in Taiwan last month. This is our first official confirmation.

Here’s an overview of Secret Neighbor, along with a trailer:

A group of kids are trying to break into their suspicious Neighbor’s basement to rescue their missing friend. Only problem is that one of the kids is a traitor – a Secret Neighbor in disguise. His job is to gain the trust of other players and betray them. Kids win if they get into the basement.

Playing as a child:

If you are lucky enough to play as Neighbor:

– The house is your territory! Use it to separate, scare and confuse intruders.
– Use your gadgets to get advantage over the kids’ team.
– Gain trust amongst your foes and attack in the right moment.
– Protect your basement!