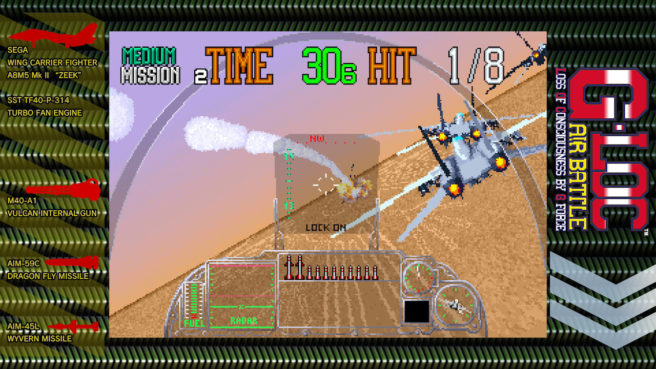 SEGA Ages G-LOC Air Battle will be released in the west this month, SEGA has announced. It’ll be out digitally on the eShop starting April 30.

Experience this retro title with the SEGA AGES spin, in AGES mode, everything is ramped up, get more enemies, more missiles and a more powerful lock-on system! Take a trip back to the past with a moving cabinet display that recreates the arcade experience, including atmospheric arcade sounds, in the comfort of your own home.

As a fun added feature, you can also activate the Sortie Count, allowing you to change the number of credits per coin when you start up the game. It can help you with the challenging missions ahead!