Shadowgate making a comeback on Switch this fall 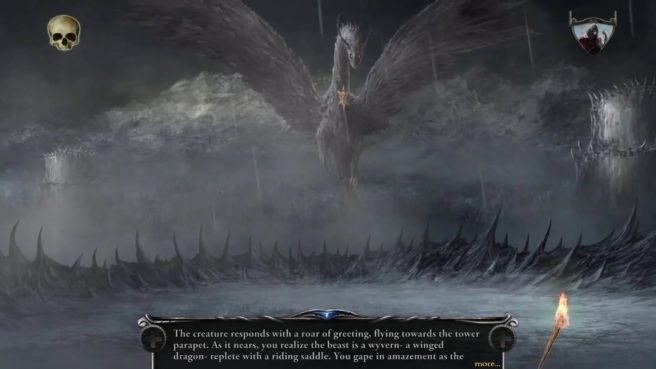 Abstraction Games has announced that it is revitalizing the classic point-and-click adventure game Shadowgate. As part of a partnership with original developer Zojoi, it’ll be releasing on Switch this fall.

Shadowgate on Switch will contain “a refined user interface and intuitive wheel-based icon command system.” There’s new content as well thanks to “tons of new mind-bending puzzles, lots of new rooms with stunning hand-painted 2D graphical detail, and more objects to interact with and help players along on their quest.”

Shadowgate is one of the most well-known and beloved adventure titles in gaming history. As one of the original titles in the popular MacVenture series that went on to be celebrated on the NES, GBC, and Nintendo 64, Shadowgate quickly endeared players with its fantastic atmospheric soundtrack, perilous locations to progress through, countless puzzles to solve, and more ways to gruesomely die than gamers previously thought possible. Thrust into the role of “The Seed of Prophecy,” players travel deep into the castle, in hopes of defeating the evil that dwells within – the dreaded Warlock Lord.

This new console version builds upon the massively re-imagined PC version of the original Shadowgate and features a refined user interface and intuitive wheel-based icon command system. Original developer Zojoi painstakingly redesigned the game from the ground up, adding in tons of new mind-bending puzzles, lots of new rooms with stunning hand-painted 2D graphical detail, and more objects to interact with and help players along on their quest. Abstraction Games worked alongside Zojoi to not only offer technical assistance on reimagining the game for console but to also enhance the experience with new ideas and creative direction, ensuring Shadowgate feels just at home on console as it does on PC.

– First Person Adventuring: Utilize your inventory, mapping system, and intuitive UI to complete your quest.
– Dangerous Dungeons: Tons of beautifully illustrated rooms featuring both new and familiar locations, offering a new gameplay experience.
– Mind-bending Puzzles: Lots of new and updated puzzles that seamlessly expand on the original game.
– Difficulty Levels: Four different difficulty levels (from the novice to expert) that actually change the gameplay experience and puzzle structure. For the ultimate challenge, try Ironman mode that disables saves and requires players to finish the game in one try.
– Retro Mode: Play the game like it’s 1989! Toggle on to listen to Hiroyuki Masuno’s original NES chiptunes, move between rooms with pixelated transitions and follow the text in retro format.
– Storytelling: Shadowgate features dramatic cut-scenes and all the same great storytelling you expect from the original creators.
– Cinematic Score: A digitally-orchestrated, dynamic soundtrack that changes with gameplay by composer Rich Douglas.
Soundscapes: A complete atmospheric and puzzle-based sound design featuring hundreds of sound effects.