Shakedown: Hawaii launches for Switch on May 7, 3DS version to follow soon 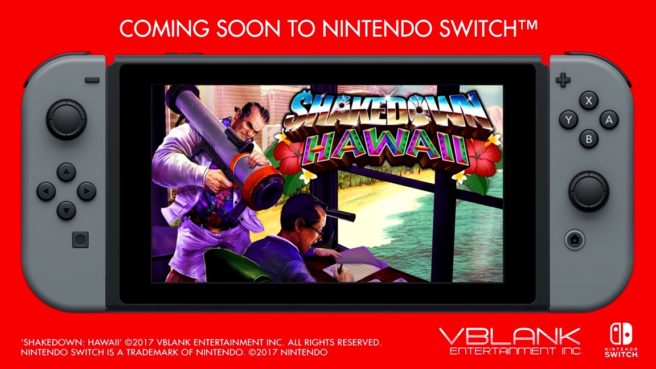 Vblank Entertainment has finally dated Shakedown: Hawaii. The game will launch for Switch via the eShop on May 7, the developer announced today.

Shakedown: Hawaii is also still planned for 3DS “and will follow shortly.” Vblank says it “needs a few more finishing touches, but will support both the original Nintendo 3DS and the New Nintendo 3DS.”

Here’s one of the recent trailers for the game: