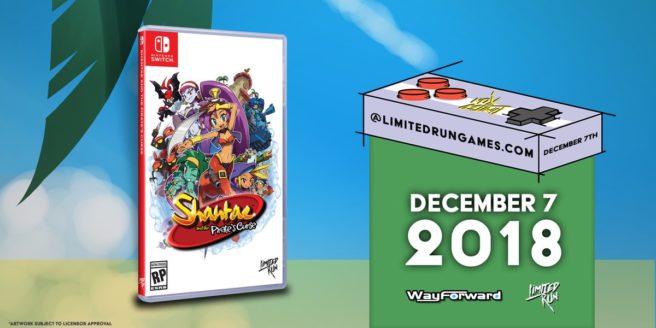 Limited Run Games has announced its next physical release. Next week, fans will begin placing pre-orders for Shantae and the Pirate’s Curse. It’ll go up on December 7 at 7 AM PT / 10 AM ET.

Like many Limited Run Games releases, a collector’s edition will be offered. The standard copy will have an open pre-order.