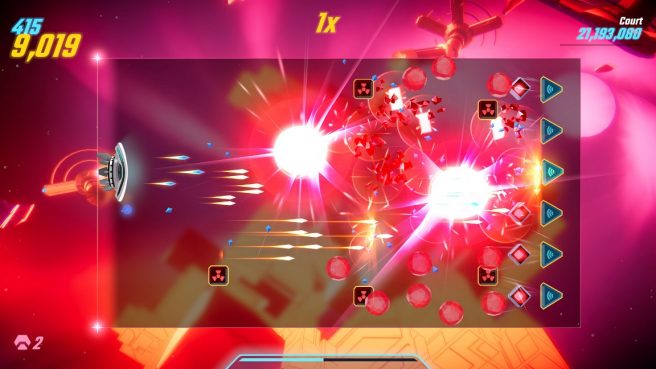 Original (9/25): Thanks to a Switch eShop listing, Shatter Remastered Deluxe now has a release date. A store page has the game down for November 2, 2022.

We first heard about Shatter Remastered Deluxe back in May. It’s a redone version of the brick-breaking title with improved visuals, a modernized UI, a remixed and remastered soundtrack, and more.

Travel through 10 distinct worlds and battle 9 unique bosses; packed with amazing physics effects, power-ups and special attacks. Take control of the playing field with the innovative “suck and blow” mechanic, altering the game to your benefit and charging up ultimate ability SHARDSTORM.

Update (9/27): A new trailer accompanying the release date news for Shatter Remastered Deluxe can be found below.