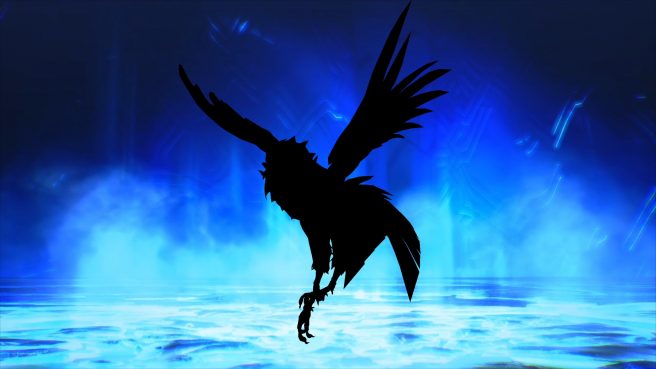 Atlus has shared the latest Shin Megami Tensei V daily demon video. This latest video offers a closer look at the demon Anzu, check out the video and more details below.

Here is some of the history behind Anzu from the Megami Tensei Wiki:

Anzu, also known as Zu, Anzud or Imdugud, was a demonic tempest bird in Mesopotamian mythology.

In his most famous mythical role, Anzu steals the Tablets of Destinies from Enlil, the lord of the wind. These objects gave the power to control fate to whoever possessed them, which in Mesopotamian mythology amounted to being able to control the universe. The supreme god Anu promised sovereignty over the gods to whoever recovered the tablets from Anzu. Due to the surviving texts being in fragments, it’s unclear to establish the outcome, but it seems Ninurta, Enlil’s son, recovered the Tablets. In at least some accounts he was tricked by Enki afterwards, which seemingly prevented him from becoming the ruler of the gods. In some versions, Ninurta’s deeds were instead ascribed to Marduk.

The myth Gilgamesh, Enkidu and the nether world mentions Anzu as one of the monsters infesting a tree planted by Inanna. She enlists the aid of the eponymous heroes to get rid of it.

A more benign version of Anzu appears in a myth about Gilgamesh’s father, Lugalbanda. The creature rewards him with the ability to travel at supernatural speed to reward him for taking care of an Anzu chick he found.

Shin Megami Tensei V is scheduled to arrive on Switch on November 12. Earlier coverage, including all previous daily demon videos, can be found here.