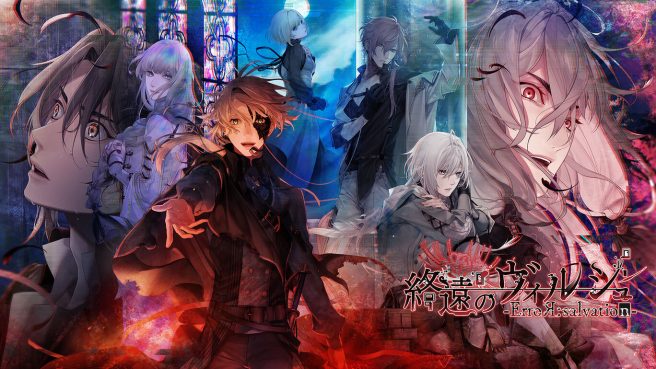 Today, Aksys Games announced that it’s bringing Shuuen no Virche -ErroR:salvation- to the west. The otome visual novel is expected to hit overseas territories in 2023.

Shuuen no Virche -ErroR:salvation- first appeared on Switch in Japan last October. This is the first time we’re hearing about plans for localization.

Find a bit of additional information about Shuuen no Virche -ErroR:salvation- in the following overview:

Surrounded by the sea and black flowers of misfortune, the citizens of Arpecheur are cursed to die by the age of 23. In this country possessed by the god of death, one young woman named Ceres seems to hasten the deaths of everyone she meets and decides to end her own life. But suddenly a mysterious man called the “watchman of death” appears before her and nothing will be the same.

And here’s a Japanese trailer for the game: