Smash Bros. Wii U – popular Conquests returning in January, Custom Parts will be easier to obtain 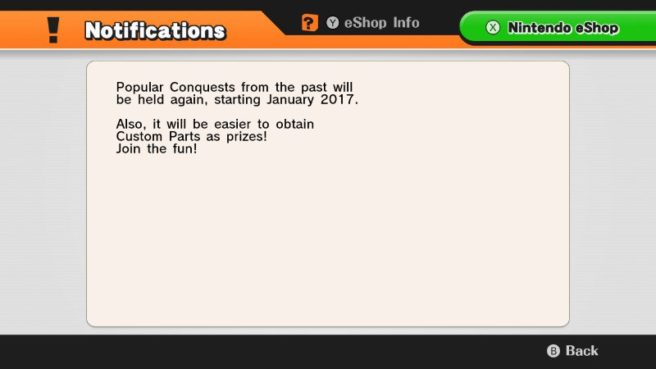 A notice has appeared in Super Smash Bros. for Wii U about the game’s Conquest feature. Beginning in January, popular Conquests will be returning. Players will also find that Custom Parts will be easier to obtain.

For those who haven’t heard of Conquests previously, these work with the online functions in Smash Bros. Certain characters on the roster go up against each other, and by using one of them during matches, you’ll earn points for your team. Winning a Conquest will net you rewards within the game.