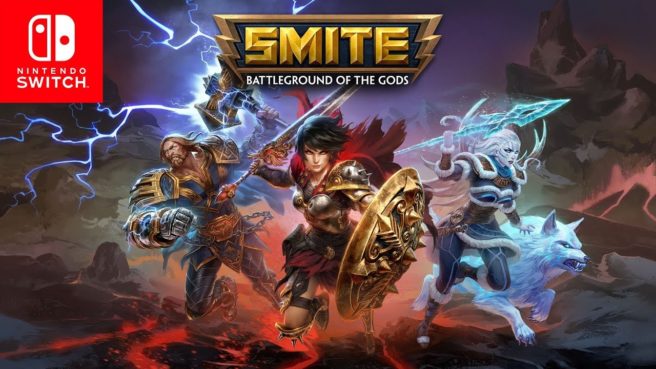 Although Nintendo’s European digital download report indicated that Smite would be released on Switch today, it’ll unfortunately be a bit longer before it goes playable. Hi-Rez Studios has officially announced plans to support Nintendo’s console and has shared extra details in the process.

If you head on over to the eShop, you’ll see that the Smite Founder’s Pack is now available for pre-purchase. Players will receive the following:

Ultimate God Pack – Receive instant access to every God in the game, as well as unlocking every future God when they are released.

If you purchase the Smite Founder’s Pack, you’ll be able to begin playing on January 24 – not today as originally expected. That’s a bit disappointing, but we do at least have confirmation that the Switch version is coming soon.

Here’s a trailer for Smite on Switch: