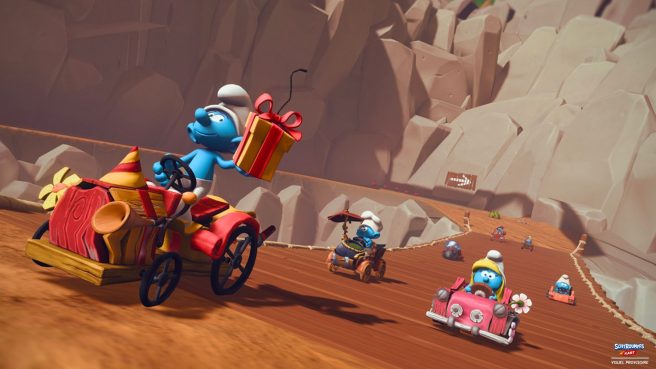 Smurfs Kart is coming to Switch, publisher Microids and developer Eden Games revealed today. It will be available this winter.

The game follows The Smurfs: Mission Vileaf, which is a 3D platformer. Microids and OSome Studio brought that one to Switch late last year.

Eden Games previously made Gear.Club Unlimited 1 and 2 for Switch. It also worked on Test Drive Unlimited and V-Rally titles.

Here’s what we know about Smurfs Kart thus far:

It’s time to heat up your engines! Choose your Smurf – each one having their own kart and unique ability – and take part in wild races!

Start off strong, find shortcuts, use the right items at the right time to pass your opponents and become the village’s best kart driver!

Play solo or with friends and family, should you be a beginner or the most trained driver… get the pole position and show others who is the fastest Smurf of all time!

And below are a few screenshots:

Smurfs Kart will be sold both physically and digitally on Switch. More information will follow at a later date.