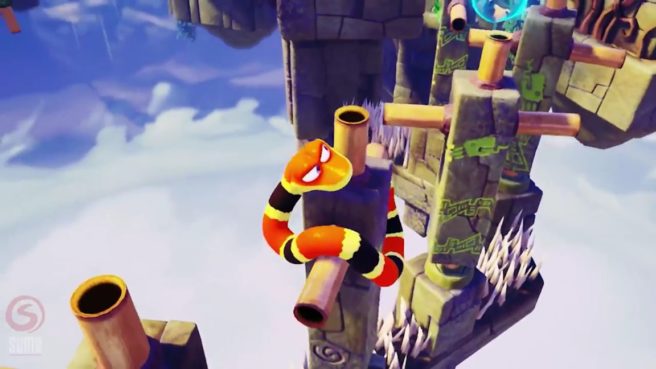 Sumo Digital introduced Time Trials and leaderboards to the Switch version of Snake Pass this week with version 1.2. However, players quickly began to notice an issue with the Joy-Con. After applying the patch, the controllers have a tendency to rumble excessively.

The good news is that Sumo already identified the problem and has a fix in the works. Another update should be distributed soon.

“As many of you know, on Wednesday Snake Pass Update 1.2 was released across all platforms. Whilst there’s been plenty of incredible feedback we also aware that some of you have had some issues with the update. Most notably we’re aware that a number of users on the Nintendo Switch have been experience excessive rumbling of the Joy-Con controllers. We just wanted to let you all known in an official capacity that this is an issue we’re very aware of. You’ll be thrilled to know that we’ve identified the issue that is causing this problem and are working as quickly as possible to get a hotfix out to resolve it as soon as we possibly can.

We apologies for the inconvenience and appreciate your understanding with this matter. Hold on tight!”