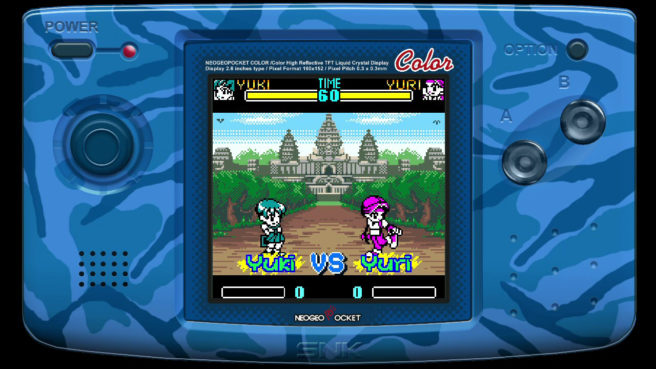 Switch currently has two Neo Geo Pocket Color games in its library with Samurai Shodown! 2 and SNK Gals’ Fighters. Could more titles from the system be made available on the console? There’s certainly a strong chance of that happening.

In an interview with Siliconera, SNK director of business development Adam Laatz said the company is “committed” to bringing more Neo Geo Pocket Color games to Switch “if the demand is there”. He told the site:

“We can definitely say that as long as there is interest from SNK fans and retro-gamers, SNK is confident and committed to bringing more NGPC content (ports to Nintendo Switch) if the demand is there! Pleased stay tuned for upcoming announcements.”

Laatz later brought up how he’s “personally a big fan of Metal Slug, as well as a number of 2nd/3rd party releases that we would love to bring to gamers in the near future.” SNK is “currently exploring those possibilities internally and with Code Mystics at the moment, and want to thank our fans for their support of SNK and your interest in NGPC in general.”