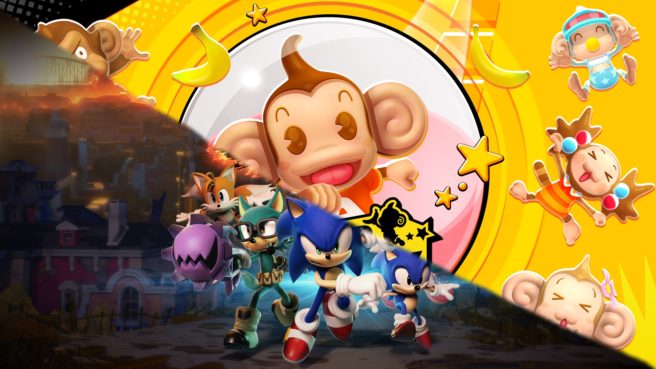 SEGA has a second double pack in store for Switch. As revealed by a GameFly listing, another package will be released featuring Sonic Forces and Super Monkey Ball: Banana Blitz HD. It should hit store shelves in October.

This past weekend, the Sonic Mania + Team Sonic Racing Double Pack was discovered for Switch, which is also planned for October. You can pre-order it on Amazon here.