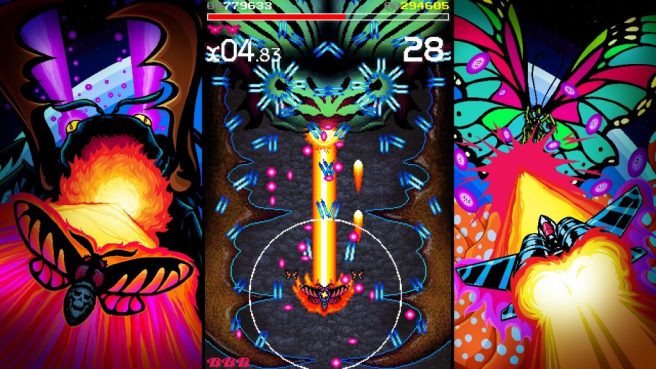 Space Moth: Lunar Edition now has a final release date on Switch. The shoot ’em up title will launch on November 18, publisher Chorus Worldwide and developer 1CC have announced.

In the game, players dodge through intricate kaleidoscopes of death. Space Moth: Lunar Edition lets players choose from three different pilots with their own way of fighting, and then involves setting out on a quest to conquer the cosmos. A major aspect of gameplay is the “Bullet Time” time feature, which is a special attack that can be powered up to slow down opponents. Players can look forward to 5 worlds, 6 bosses, over 50 unique enemy types, and an extensive practice mode.

Chorus Worldwide and developer 1CC are promoting today’s release date news for Space Moth: Lunar Edition with a brand new trailer. Get a look at the video below.

Space Moth: Lunar Edition will launch for Switch via the eShop. Strictly Limited Games is also planning physical versions. However, this has since sold out.