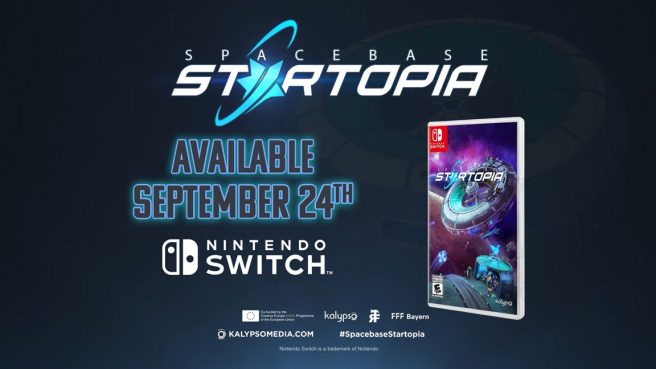 Publisher Kalypso Media and developer Realmforge Studios have provided an update on the Switch version of Spacebase Startopia. Pre-orders are now live on the eShop ahead of its launch later this month.

Following up on the release date news in August, Kalyso has readied a Switch-specific trailer for Spacebase Startopia. You can find it below, along with more information about the game.

Spacebase Startopia captivates with its original mixture of economic simulation and empire building strategy paired with classic RTS skirmishes and a good dose of humour. And as if maintaining the three space station decks, entertaining the eight alien races and defending against enemy invaders weren’t enough of a challenge, the dynamic narrator AI is not going to mince matters and commentates events in a friendly but sharp-tongued manner.

The 10-mission, fully dubbed single-player campaign will require all your skills as Commander of the Spacebase Startopia as you strive to create one of the most attractive trade and tourism destinations in the known universe

Each of the three decks will require your leadership skills — the Sub Deck containing all of the rooms vital to survival, while the Fun Deck focuses on your visitors, and the flora and fauna found on the Bio Deck provides sufficient resources for survival as well as a home for the graceful Dryads

Prevail against AI competitors, for you are not alone on the station. Sabotage your opponents’ economy or attack them with your mech units, conduct trade and beware of space pirates eager to board

Spacebase Startopia is due out for Switch on September 24. If you pre-order the game, you can save 10 percent on the final price. Pre-orders also come with eight in-game alien statues with various skins for the Fuzzy droids and Recycler building.