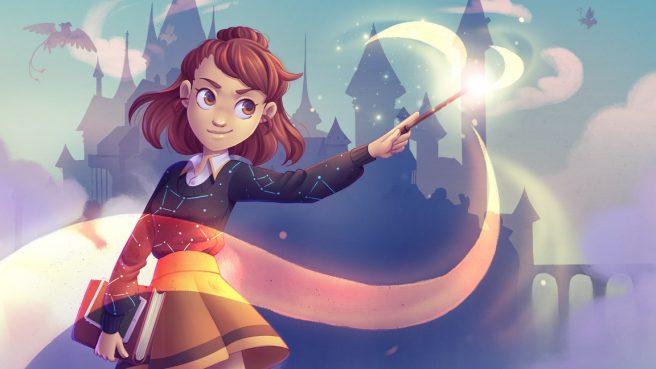 Publisher Rokaplay and developer Alchemist Interactive are back with a new trailer for Spells & Secrets, which shows off the game’s co-op mode. This comes as the project’s Kickstarter campaign is coming to its conclusion. It’s already 450 percent funded, and a Switch version has been confirmed.

In case you missed our original coverage, here’s what you need to know about Spells & Secrets:

In Spells & Secrets, you play as a first-year student of the magical arts at the Academy of Greifenstein, a modern day wizarding school. A strange incident on your first day has thrown Greifenstein into turmoil. Now, it’s down to you to venture into the procedurally generated castle grounds and save the school!

Players can craft their own wizard using in-depth character creation, team up with a friend via local co-op, and get creative with an arsenal of physics-based magic, using clever combinations of spells to get the upper hand against puzzles and enemies alike.

Have a look at the new co-op mode trailer for Spells & Secrets below.

Spells & Secrets launches for Switch in 2023.