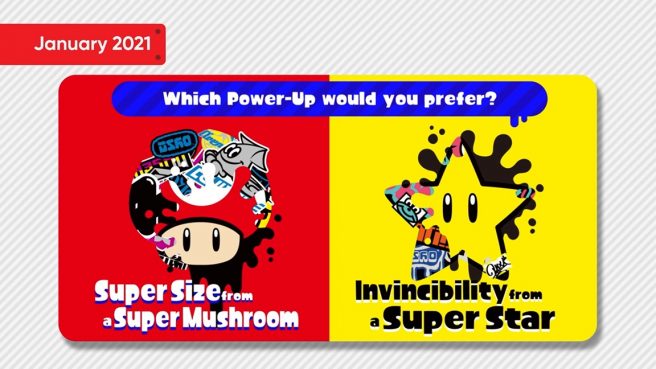 Nintendo announced a new Super Mario-themed Splatfest for Splatoon 2 a few months ago. It was confirmed to be held sometime in January 2021, and now we have actual dates.

Players will be able to choose between the Super Mushroom and Super Star during the event. The Splatfest will take place during the following days/times:

As always, we’ll have the results of the new Splatfest as soon as they’re available.