With Splatoon 3 set to arrive on Switch soon, now’s as good a time as any for us to publish our pre-order guide the game, which will contain information about many major retailer reservations as well as any bonuses that are announced.

As the name implies, Splatoon 3 is the third major entry in the series and the second title on Switch. Many elements are returning like Turf War and Salmon Run, though there’ll be new stages and bosses. Also, an entirely new story mode is planned where players can discover the secrets of Alterna, the Fuzzy Ooze, and how they connect to the mode’s theme, “Return of the Mammalians”.

You can pre-order Splatoon 3 on Amazon here. 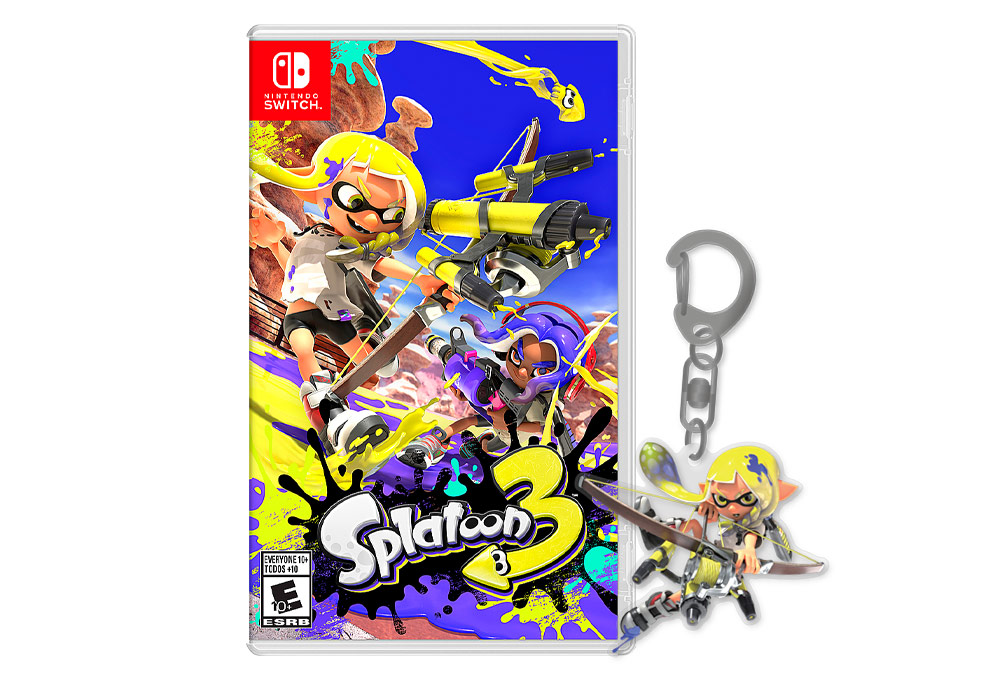 Best Buy has reservations available here, and as a bonus, buyers will receive a free keychain. 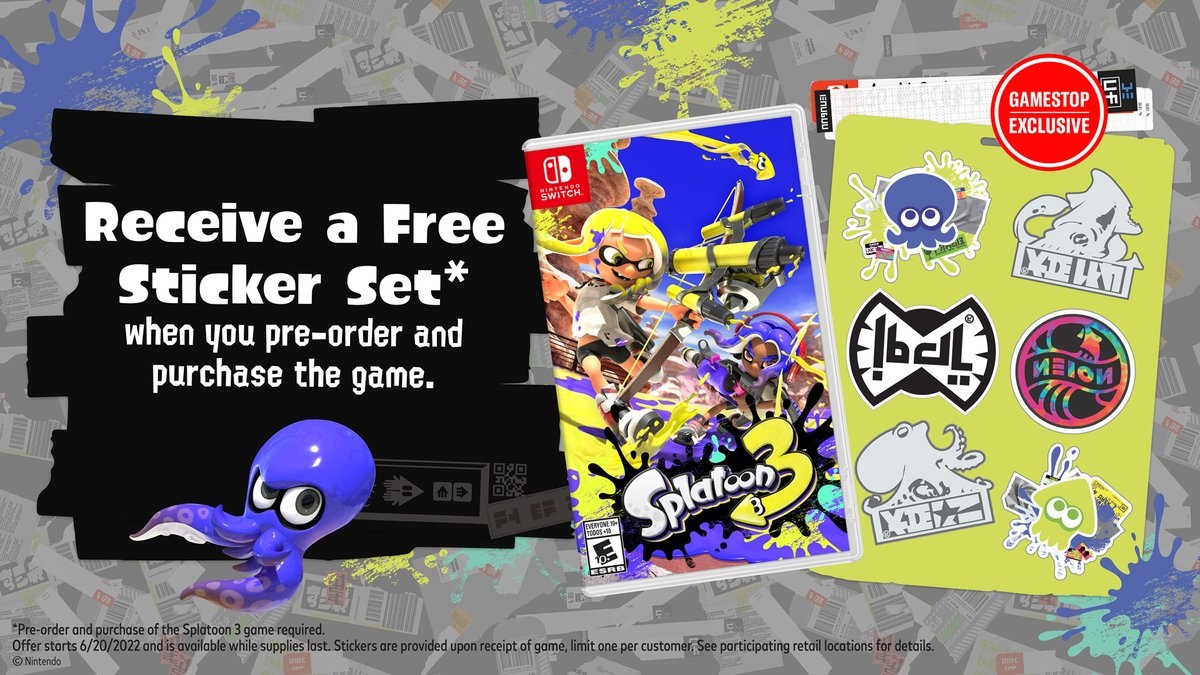 If you’d like to pre-order Splatoon 3 at GameStop, head on over here, and as a bonus, fans will receive an exclusive sticker set for free. 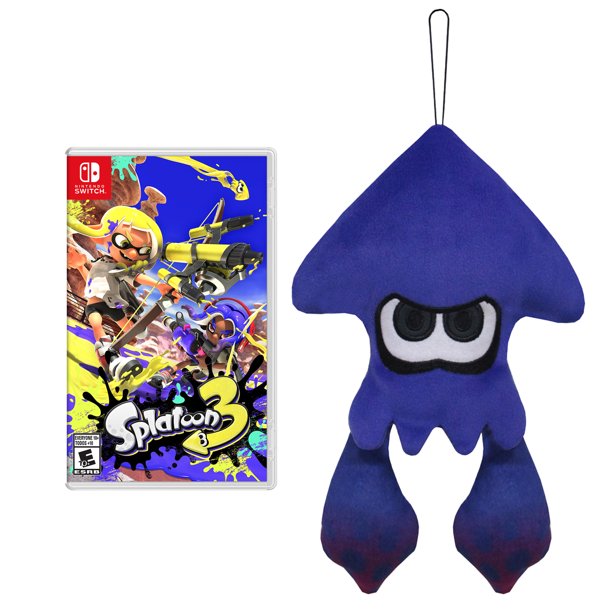 Walmart is taking pre-orders for Splatoon 3 here, and as a bonus, you’ll receive an Inkling Squid plush (choose between blue / green / pink / purple).

Consumers can put in a reservation for Splatoon 3 at Target here.

For those in Canada, you can reserve Splatoon 3 at Amazon here.

For those in the UK, you can pre-order Splatoon 3 at Amazon here. 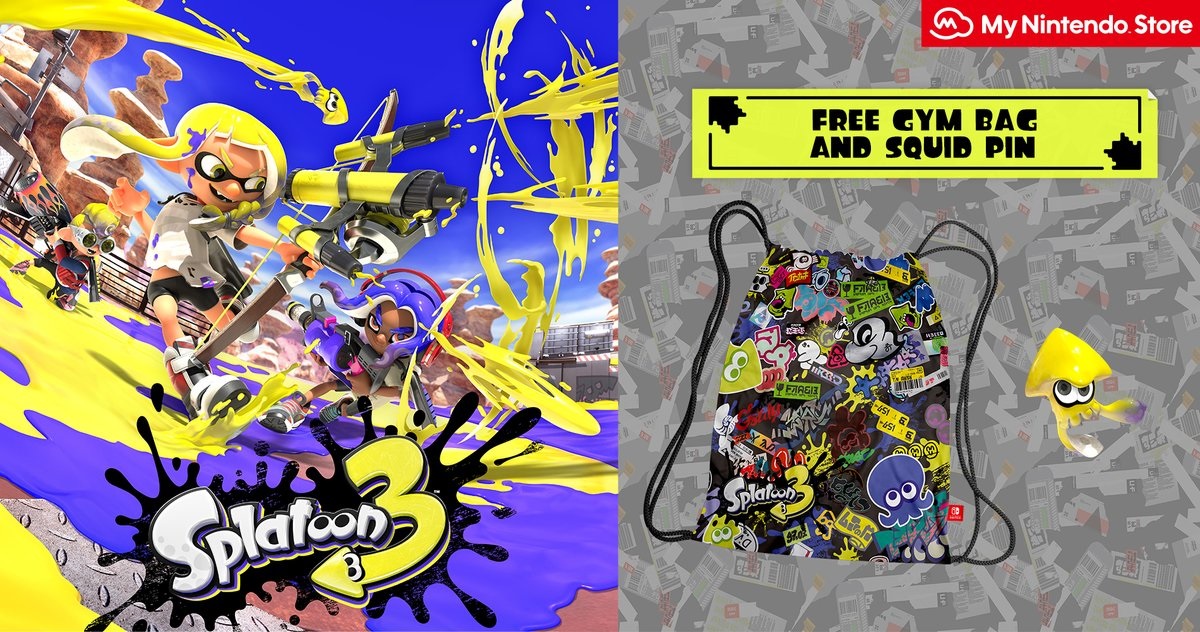 You can pre-order Splatoon 3 from the official My Nintendo Store in the UK here, and as a bonus, you’ll receive a gym bag and squid pin. Note that if you put in a reservation previously, you’ll be automatically upgraded. 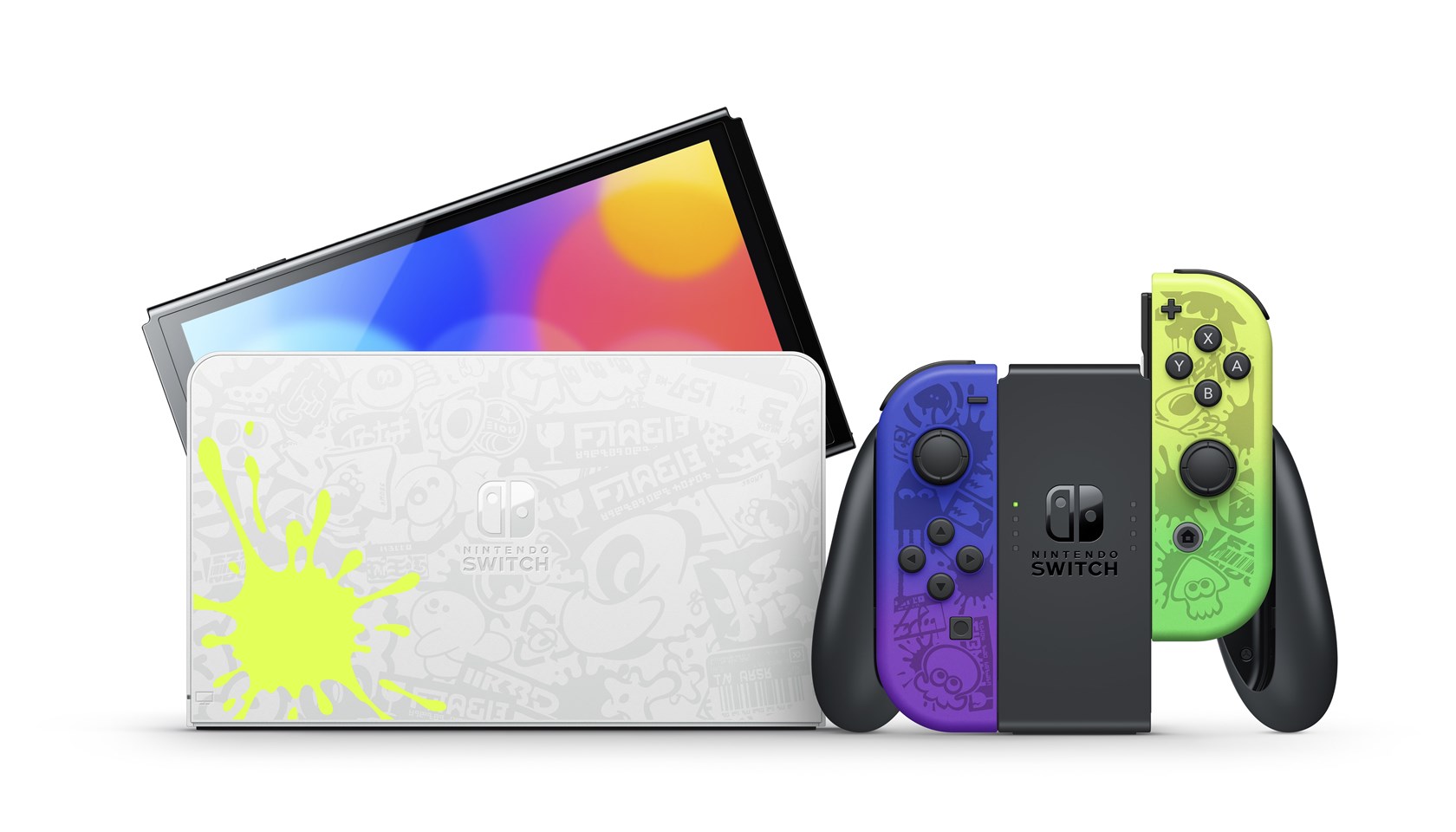 On August 26, Nintendo released a special edition Splatoon 3 themed Switch OLED system featuring design inspiration from the game. It includes a set of one blue and one yellow gradient Joy-Con controllers with white underbellies and a white, graffiti-themed Switch dock.

You can order the Splatoon 3 Switch OLED on Amazon UK here (ships to the US) the My Nintendo Store UK here. Other retailers have started to take orders but have sold out, such as Amazon US – but you can keep an eye on their page here. 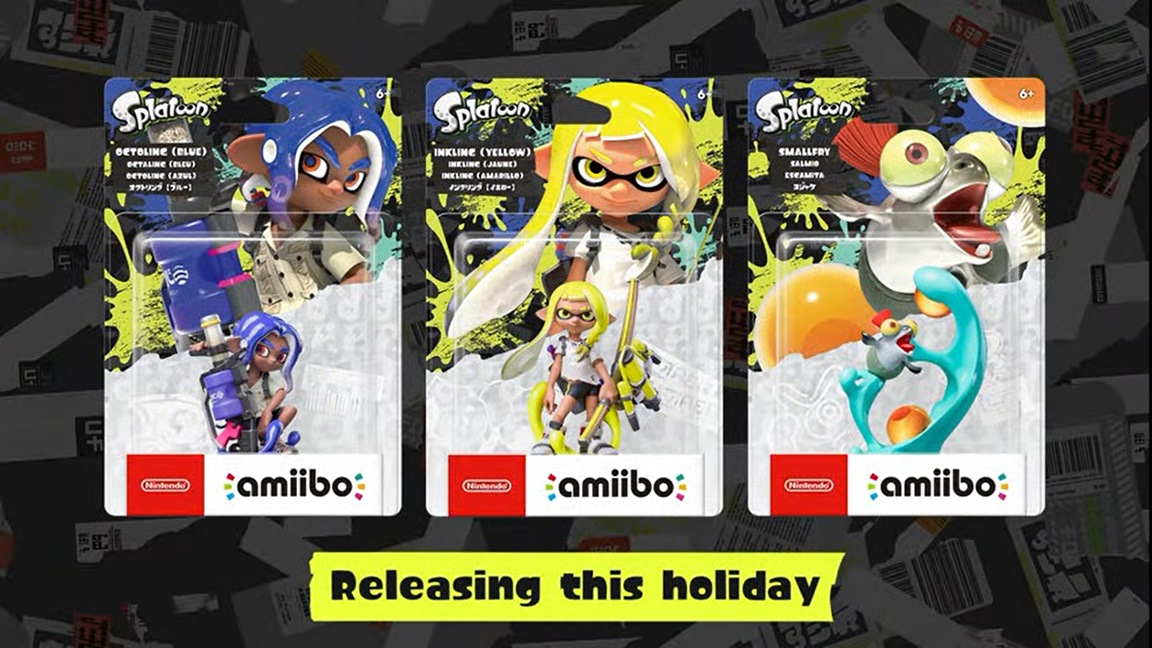 Just like previous games in the series, Splatoon 3 will have its own set of amiibo. These can already be pre-ordered on Play-Asia here. Figures have been going in and out of stock at other retailers, but are largely unavailable at this time.

Inkling (Yellow), Octoling (Blue), and Smallfry will be sold this holiday. Previous figures will also be restocked, including the Callie & Marie 2-Pack and the Pearl & Marina 2-Pack. 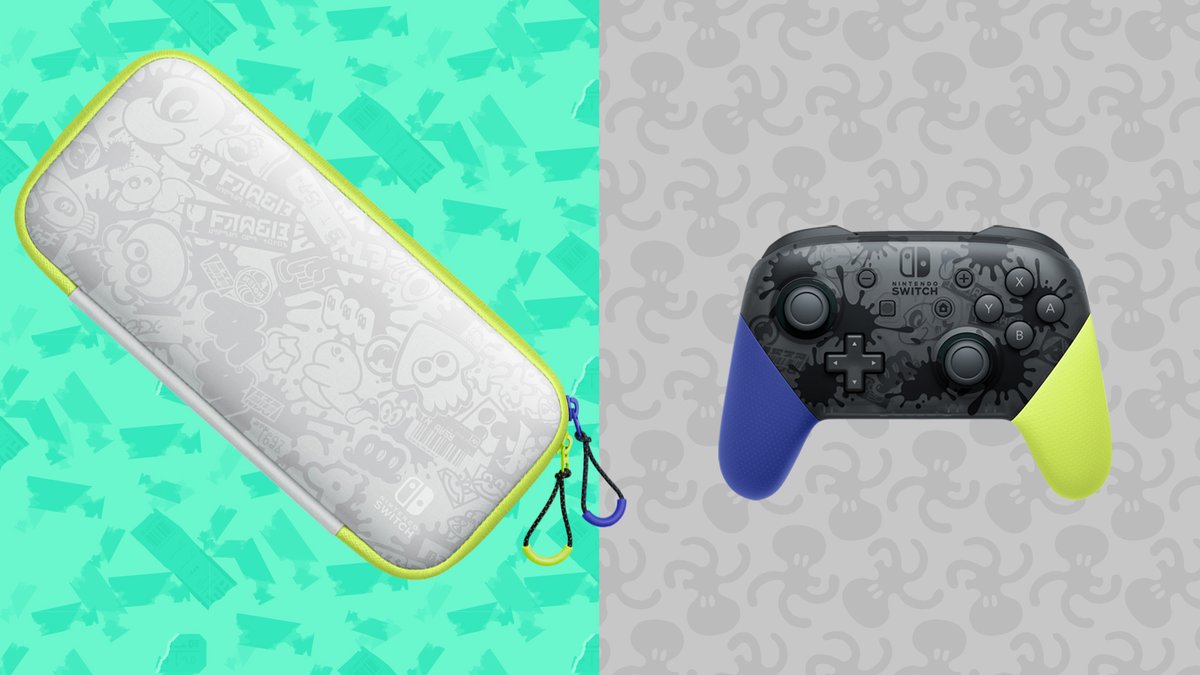 Lastly, a bunch of third-party accessories are planned for Splatoon 3, including pouches, protection sets, cases, and more. You can pre-order them from Play-Asia here.

When will Splatoon 3 be available?

When Splatoon 3 was originally announced, it was slated for a 2022 launch. Nintendo ended up sticking with that target, and we have a final release date of September 9, 2022.