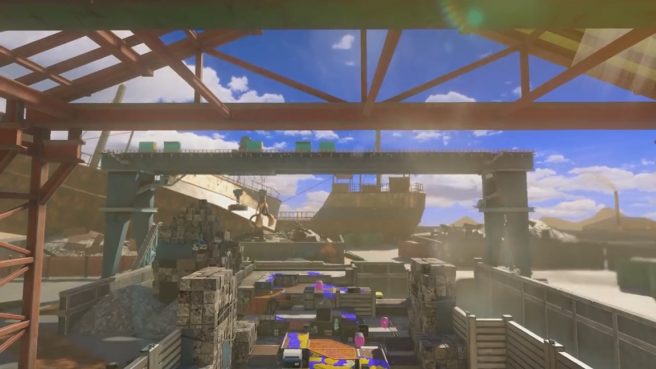 Nintendo has revealed a new stage for Splatoon 3, with fans now being able to get a first look at Mincemeat Metalworks.

In a tweet published today, it’s stated that the level “was made from scrap metal in order to make more scrap metal.” The area previously had a sea there, “but it evaporated, leaving behind a wasteland.”

Here’s a look at Mincemeat Metalworks in Splatoon 3:

This new multiplayer stage, Mincemeat Metalworks, was made from scrap metal in order to make more scrap metal. There used to be a sea here, but it evaporated, leaving behind a wasteland. #Splatoon3 pic.twitter.com/qdXghVuqeK

Last month, Nintendo showed off the Undertow Spillway stage in Splatoon 3 for the first time. We have a bit of information and a first look video for it here.