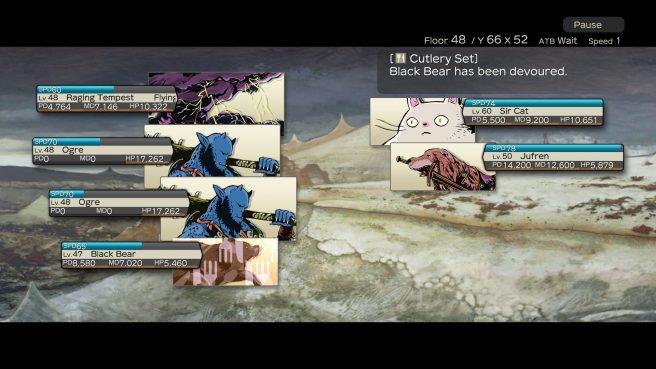 Dungeon Encounters has some notable talent behind it. Final Fantasy series’ veteran Hiroyuki Ito is directing while Final Fantasy XII: The Zodiac Age’s Hiroaki Kato is the game’s producer. There will also be fantasy inspired characters by character designer Ryoma Ito. Finally, Nobuo Uematsu is on board as musical director, who will deliver a modern take on classical tracks.

Dungeon Encounters also has “a newly polished and refined iteration of Final Fantasy’s classic Active Time Battle (ATB) system brought to you by original creator, Hiroyuki Ito.” Players can customize their team in order to complete the challenges and obstacles effectively.

Dungeon Encounters will be sold digitally for Switch via the eShop. Pre-orders begin today. If you reserve the game, you can save 20 percent until late October.

Learn more about the game by visiting the official website here.