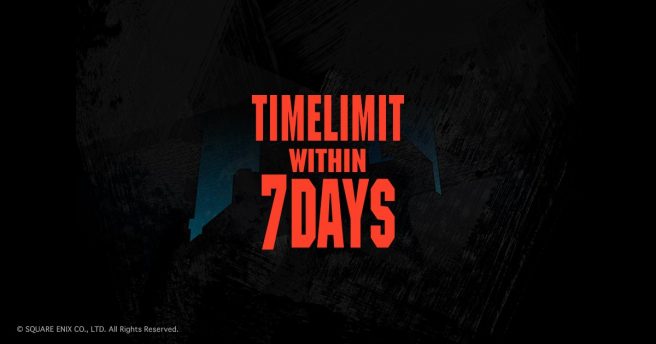 Square Enix has opened a new teaser site, and it’s safe to assume that it’s related to The World Ends With You. The same “Time Limit Within 7 Days” phrase has been used for the series previously.

Square Enix’s site currently has a countdown that’s set to expire on November 24. You can check out the page here.

More: Square Enix, the world ends with you