Posted on November 4, 2020 by Brian(@NE_Brian) in News, Screenshots, Switch 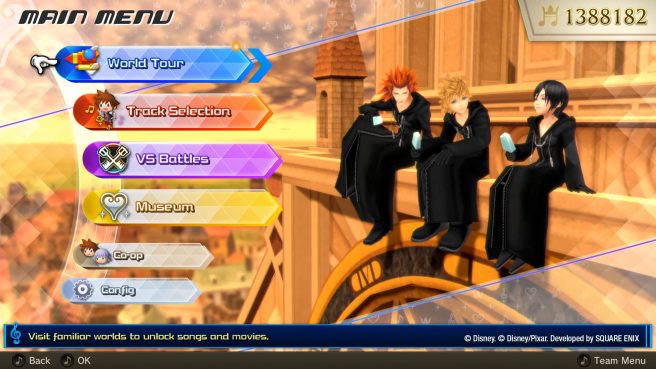 Square Enix has passed along a new batch of details and screenshots for Kingdom Hearts: Melody of Memory.

By using a Summoning Star in a Field Battle Music Stage, and King Mickey will join your team as the fourth member.

In some Field Battle Music Stages, Disney characters can fight alongside you as a guest member of your team.

The Main Menu will vary based on which team you’re using.

The Performer style uses more buttons than usual, providing players with a challenge. This is recommended for higher-level players who prefer more complex controls and button combinations.

Kingdom Hearts: Melody of Memory launches for Switch on November 13.