Posted on September 1, 2020 by Elias in General Gaming, Switch 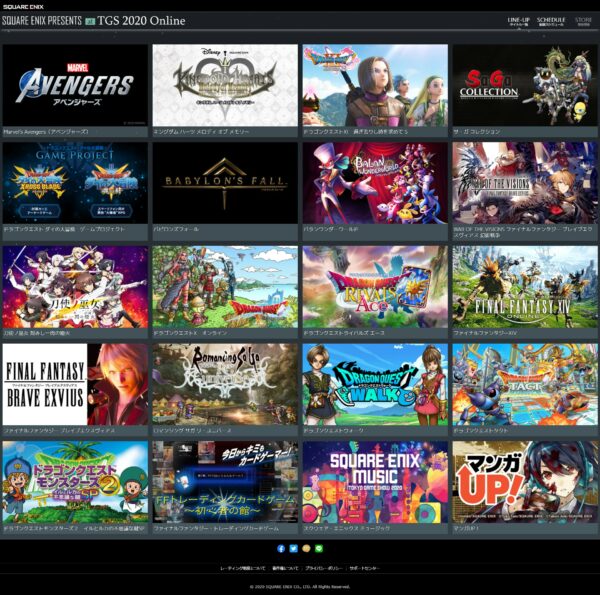 Square Enix has released their featured games along with a schedule for Tokyo Game Show 2020. TGS 2020 will be online this year, and runs September 24 to 27. Square Enix will be seeing a large amount of features this year, including several mobile titles and a heck of a lot of Dragon Quest. Switch titles like Collection of Saga: Final Fantasy Legend, Kingdom Hearts: Melody of Memory, and other Japan exclusive games will see the spotlight. Check out the full lineup and schedule below, as rounded up by Gematsu after the break: