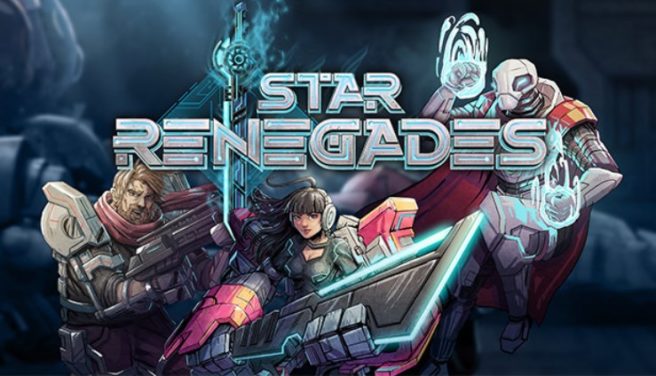 Raw Fury and Massive Damage have rolled out a new update for Star Renegades including new content and fixes. Here are the full patch notes:

New Planet – Prycon: With great risk comes great reward! The enemies on the frozen planet of Prycon provide increased DNA reward and remain locked until you’ve defeated the Imperium at least once.
New Prycon Adversary: Tempest – Beware the powers of Tempest who can use the climate of Prycon to their advantage.
New Prycon Adversary: Shivver – A careful and calculating assassin with more than a few tricks up their sleeve.
New Prycon Adversary: Ogre – A hulking brute that will bring even the most skilled Renegades to their knees.
New Prycon Behemoth: Abomination – A wild Behemoth with a voracious appetite and infested with Mites.
New Prycon Behemoth: Siren – Don’t let Siren’s docile nature fool you this Behemoth is out for blood and won’t hesitate to satisfy their voracious hunger on any rebel that crosses their path.
New Prycon Drone: Frostbot – A new addition to the Drones. Beware of them in large numbers!
New Renegade: The Dragoon – his last known location was on Dagan in a Warmonger factory. Track him down and rescue him to recruit him to our cause.

5 New Entropy Levels – Entropy Levels are incremental difficulty levels beyond Extreme meant to raise the difficulty with increasingly challenging mechanics
Improved screen resolution for crisper text and visuals
Fixed several Switch-specific crashes
Improved general Switch performance
New scorecard – tracks your stats and provides a score at the end of your run. You’ll also be able to view scorecards from previous runs from the Main Menu (only available on new missions started on 1.2)
Fixed bug with combos showing different damage prediction based on who was selecting the attack
New option to toggle auto-run in the overworld
New option for fast camping animations
New option to suppress all renegade and adversary overworld idle banter
New options to disable dynamic shadows and post-processing effects for better performance
Level up animation sequence is now skippable
Fixed bug with combos that kill an adversary not granting a Dynamic Duo reward
Fixed bug with Vash Kalthoris’ Blitz II not being instant
Fixed an issue where retreating enemies would still die on the hierarchy
Fixed animation issue for Saboteur + Commando Combo
Dragoon Card “Wholesale Refactor” now appropriately drains armor from enemies.
Fixed issue where controller ui could seize up on Droid Lab menu
Fixed missing runes on one of the starship maps as well as the end map
Fixed some overlapping positions of Prycon interactables
Fixed a strange visual quirk re: faction dungeon chests
Added new language: Traditional Chinese
Collected a few UI fixes
Instances where the player still has the faction dungeon open by the end of the main mission no longer results in the Behemoth missing from the subsequent showdown mission
In Dungeons, starting areas could be backtracked after having moved once. That now no longer occurs.
Fixed an issue where, intermittently, interactable objects might become non-interactable until the player reloads. That no longer happens.
Fixed a visual issue where hero health replenishment from healing kits wasn’t being visualized until the beginning of the next combat.
Fixed a problem where you could get two Empaths in a run if you start with a Dragoon/Empath Progeny
Fixed a rare combat crash triggered on area entry

Faction dungeons are now opened after defeating the faction enemy on the map
Renegade flurry attacks that target random enemies no longer show any damage in the prediction
Health, Shield, Armor steal attacks now steal armor even if the attacker has full health, shields, or armor
Bleeding no longer stacks with lesser levels of itself
Enemies can no longer be Staggered beyond the end of the next round
Aegis, Empath, and Marksman now have decreased DNA levelling requirements
Valkyrie, Enforcer, Commando, Juggernaut, and Spectre now have increased DNA levelling requirements
Juggernaut’s Absorb renamed to Leech
Marksman’s Overwatch can now reach anyone and nullifies target’s CRIT Damage (-100%) instead of the counter attack debuffing target’s Defense
Varangian’s Reflection Shield can now target himself
Enforcer’s camaraderie bonus of Damage vs Marked reduced to (+15% / +25%)
Enforcer’s Circular Reasoning card’s Affection gain reduced to 3
Marksman’s Thrilling Yarn card’s Affection gain reduced to 3
Marksman’s Aim powers moved to the bottom of the power selection menu
Freebooter combo power rebalanced (increased Fury cost, more Damage, single target, no Stagger, debuff’s target damage by 50%)
Rattled is now blocked by Shields and Armor
Burning effect damage has been increased and can now stack with an equal level of itself
Increased effectiveness of base Shield Regen powers when levelled up
Reduced effectiveness of Regen Shields traits on Gear
Reduced effectiveness of Auto Regen Shields traits on Gear
Corruption’s damage debuff now increases by 5% every other level
Goliath Behemoth now randomizes its attack order and is a bit harder to Stagger
Enemy attacks that are not innately Instant can no longer be buffed by speed traits to become Instant. They are now capped at the 1s mark.
Buffed Machinist and Warhound to have more health, armor, shields, and damage