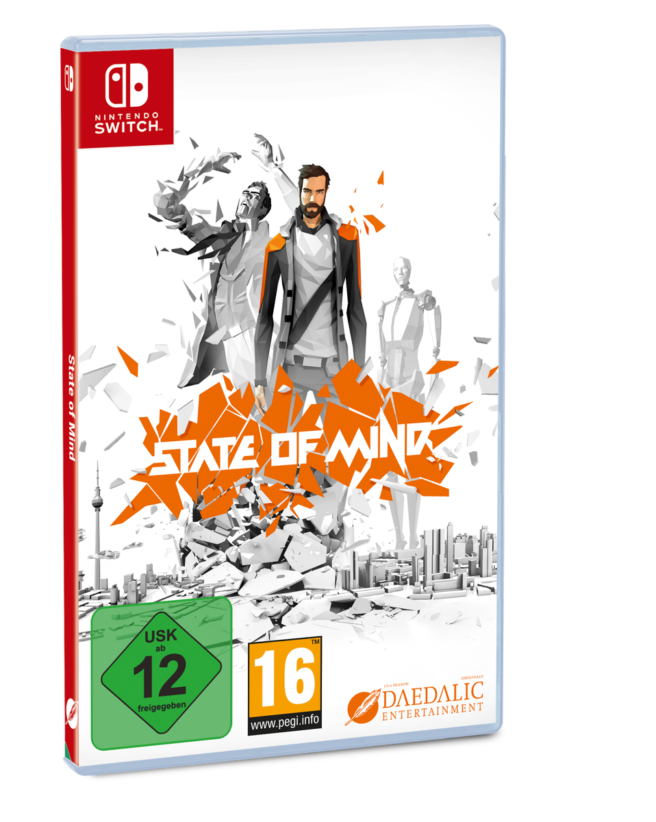 We’ve known for a while now that Daedalic Entertainment’s futuristic adventure game State of Mind would be coming to the Nintendo Switch. Today, the developer announced that the game will finally be released in August 2018. They also confirmed that the game is getting a physical release, as you can see by the game’s boxart above. Finally, take a look at this new teaser trailer: