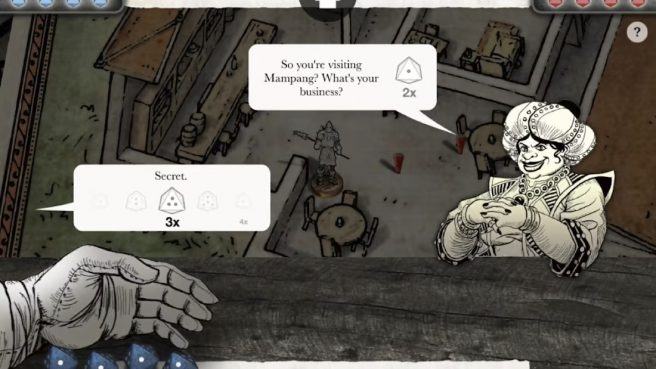 Thanks to No Gravity Games and Inkle, Steve Jackson’s Sorcery! will soon be appearing on Switch. Fans will be able to pick it up on June 23, 2022.

Steve Jackson’s Sorcery! is a quadrilogy of titles. The package contains Sorcery! Parts 1 and 2, Sorcery! 3, and Sorcery 4.

Legendary quadrilogy of epic adventure games in a land of monsters, traps, and magic. Journey through hills, forests, cities, dungeons, and even time in the magical world of Sorcery! where every choice matters. Fight, explore, solve puzzles, and most importantly, survive and craft your own unique story!

Sorcery! Parts 1 and 2 are the first half of an epic quadrilogy. Sorcery! 3 takes the adventure to the wilds of the Baklands and creates a fully open-world experience. Sorcery! 4 is a graceful finish to your grand adventure and has you infiltrate The Fortress of Sorcerers. Each part can be played on its own, or you can load your character from one part to the next, carrying over equipment, stats, and narrative choices.

– Freedom to explore – pick your own path and make your own choices, thousands of them
– Progression that counts – load your progress from the previous part and continue your journey
– Spellbook full of wonders – a plethora of weird and wonderful spells that can affect the narrative in wild and unpredictable ways
– Swindle with the best of them – Play Swindlestones, a game of cunning and deceit, for profit or for information
– God(s) be with you – multiple deities, each with their own quirks and powers
– Life of the city – hundreds of characters to interact with
– Slay the night – fight hundreds of unique monsters
– Storytime – Adapted from the best-selling gamebook series by legendary game designer Steve Jackson
– Music to my ears – listen to a beautiful soundtrack by the “80 Days” composer, Laurence Chapman.

Find a trailer for Steve Jackson’s Sorcery! below.