Streets of Rogue launches on Switch next month 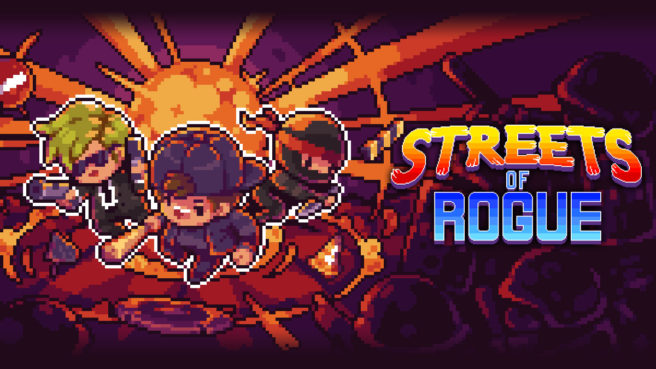 Streets of Rogue, which was announced for Switch last February, has finally been dated for the platform. tinyBuild will publish the game via the eShop on July 12.

Here’s an overview of Streets of Rogue, along with a trailer:

Streets of Rogue is a rogue-lite about player choice, freedom, and anarchic fun. The game takes inspiration from fast-paced top-down rogue-lites and adds free-form, experimentation-driven, emergent gameplay elements of immersive sims and RPGs.

Rather than taking place in a dungeon, the game is set in a functioning, procedurally generated city, where complex AI informs denizens from all walks of life, who are just trying to get by in their daily activities.

In order to progress, the player will need to accomplish specific mission goals in any way they see fit through the use of their special character traits, items, and the environment.

Will you play as a soldier who shoots first and asks questions later?

A stealthy doctor who uses chloroform and tranquilizer darts to take down the opposition?

Or how about a gorilla, rescuing other caged gorillas to form a small mobilized gorilla army?

Streets of Rogue can be pre-loaded on the Switch eShop as of today. Pricing is set at $19.99.