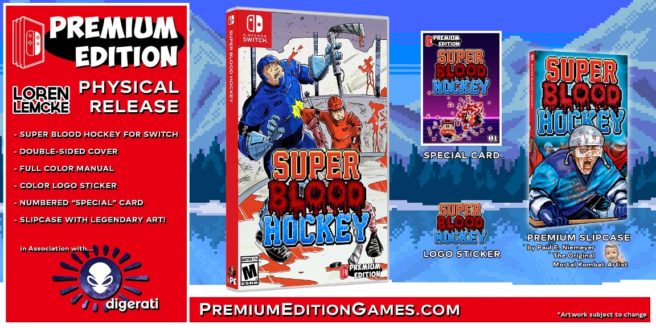 Update: Premium Edition Games is also preparing physical versions of PigeonDev Games Collection and A Robot Named Fight!, though we don’t have specifics just yet as their releases are following far in the future.

Premium Edition Games is yet another distributor entering the physical space, and the company’s first release has been revealed. Super Blood Hockey, which came to the Switch eShop last August, is getting a boxed version.

All copies include the following:

You can reserve a copy of Super Blood Hockey here. Pre-orders close on September 22.