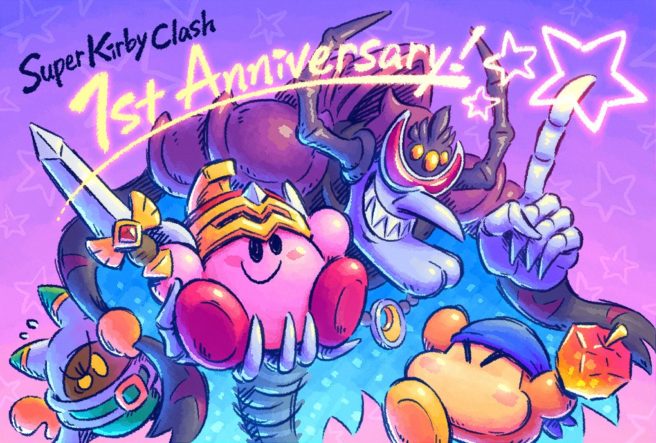 Super Kirby Clash is officially a year old. The game was both announced and released as part of the last general Nintendo Direct on September 4, 2019.

To celebrate the milestone, Nintendo and HAL Laboratory have sent out a special piece of art. You can also use the code “FIRSTANNIVERSARY” over the next month to obtain various items. 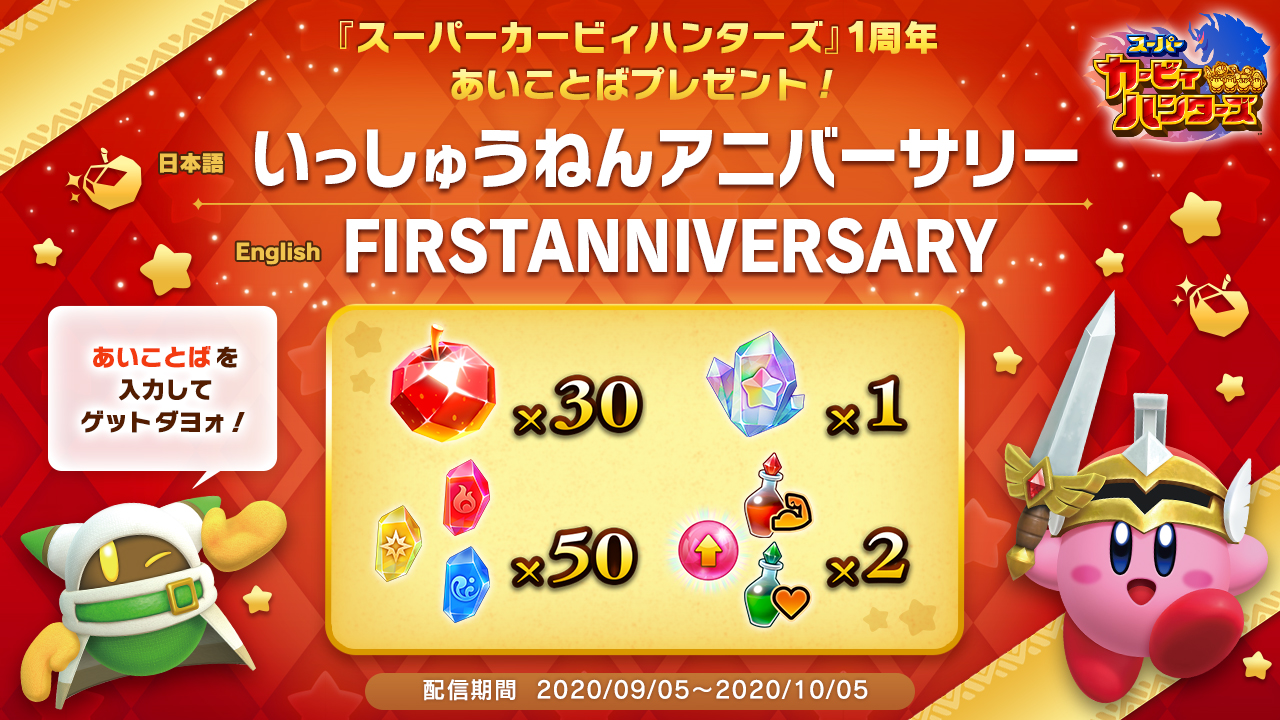