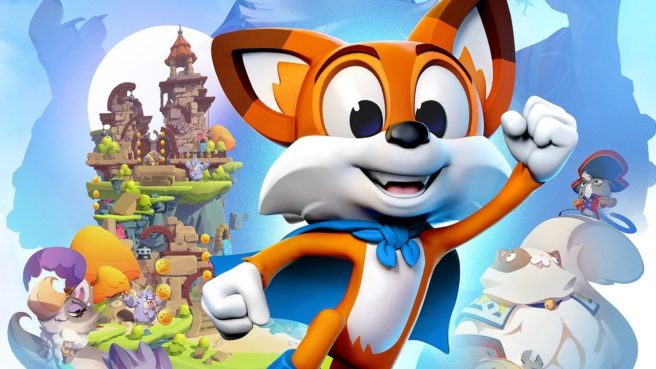 Playful Corp appears to be bringing its platformer Super Lucky’s Tale to Switch.

The studio’s concept artist made mention of Nintendo’s console in resumes. In a couple of CVs, it’s stated that this person worked on “environment assets for the upcoming Nintendo Switch port.” Gearbox Software outsource manager Jesse Sosa, who was at Playful Corp until the end of 2017, also says he shipped Super Lucky’s Tale on Switch as part of his LinkedIn profile – though it has obviously yet to be released (or officially announced).

Here’s some additional information about Super Lucky’s Tale, along with a trailer:

Super Lucky’s Tale is a delightful, playground platformer for all ages that follows Lucky, the ever-optimistic, energetic, and lovable hero, on his quest to find his inner strength and help his sister rescue the Book of Ages from Jinx. Jinx is the scheming and mysterious villain trying to reshape the world, but for what reason?

Along the way, encounter a hilarious supporting cast of friends and adversaries. Lucky must confront the nefarious Kitty Litter, Jinx’s mischievous kids – self-taught villains who might not be getting Jinx’s plans quite right. Lucky meets friends and allies along the way too. He meets misplaced Yetis, Kookie Spookies, a village of farming worms, and other colorful friends inhabiting the Book of Ages.

Head back to the era of classic platformers with challenges players of all skill levels and all ages can enjoy.

We’ll let you know when Playful Corp has something official to say about Super Lucky’s Tale on Switch.