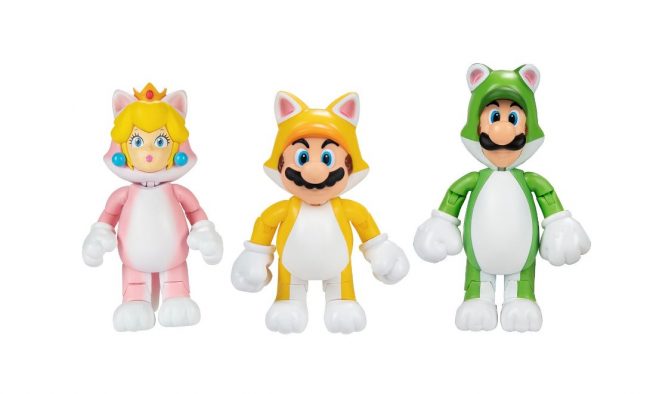 Jakks Pacific unveiled its Super Mario Bowser’s Airship Playset yesterday. That isn’t the only upcoming Mario product figure from the company, however.

Announced today is the Super Mario 3D World 3-Pack, which features figures for Cat Peach, Cat Mario, and Cat Luigi. Each one stands at four-inches and can be posed.