Super Mario 64 fans discover smoke effect is glitched after more than two decades, fixed with a single line of code 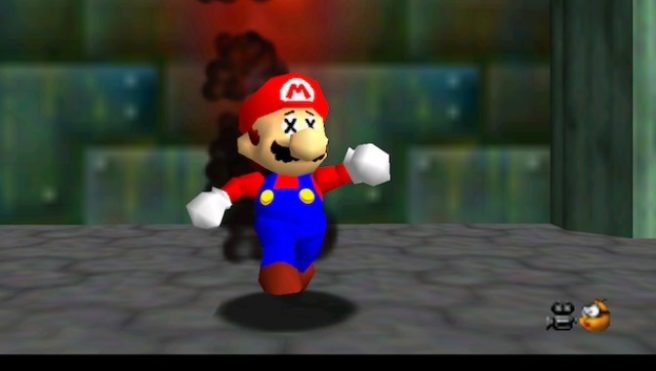 Super Mario 64 has been around since 1996. Yet it wasn’t until today that a new discovery was made, and it has nothing to do with a speedrun or anything along those lines. Rather, it turns out that the game has a piece of buggy code, resulting in some incorrect animation relating to Mario.

The glitch comes down to the smoke Mario emits when he’s touched fire. Tucked away inside the game’s files is a better looking smoke particle. Just one line of code was updated to access it – “G_IM_FMT_RGBA” was changed to “G_IM_FMT_IA”, and then everything displays as it should.

Here’s a comparison between the two versions (original vs. fixed):

Hacker zoinknoise, who was involved with the discovery, also shared the following:

it’s now known that this texture is displayed in the wrong format by the game, resulting in black garbage pixels. Since video game smoke of this era was often depicted with black garbage pixels, the mistake went unnoticed for over two decades. This patch corrects the error by displaying the texture correctly as proper transparent smoke. It does not add any new art; the texture has been inside the ROM all along.