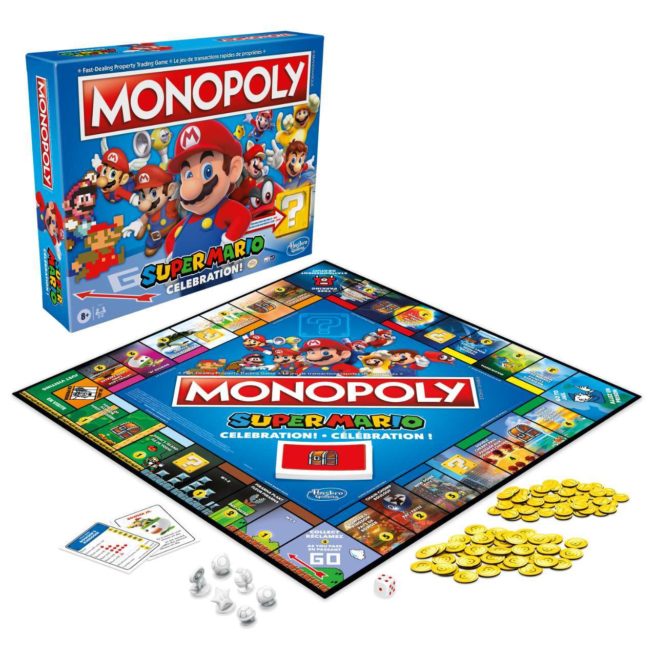 Update 2: Jenga: Super Mario is now up on Amazon here.

There hasn’t been any concrete news yet as to how Nintendo itself is celebrating Super Mario’s 35th anniversary, but we have a couple of announcements from Hasbro. The company is preparing new versions of Monopoly and Jenga to celebrate the big milestone.

For Monopoly, the board game will have players buying, selling, and trading locations from Super Mario games between 1985 and present day. Toad houses and Princess Peach’s castles will be replacing houses and hotels. Additionally, it’ll come with an electronic component of the Question Block featuring sound effects “that can change a player’s luck”.

In Jenga: Super Mario Edition, you’ll be racing up the tower as Mario, Luigi, Peach, or Toad to defeat Bowser at the top. Characters feature a corresponding card that players can refer to to throughout the game. To earn points, you can collect coins by stacking, stealing, and climbing, but you’ll lose coins if tower falls on your turn.

“Spin the spinner to find out the next move: How many layers to climb, how many blocks to remove and stack, whether to collect coins, or whether the game will reverse directions. It’s a battle to the top as players move their own pegs up and their opponents’ pegs down, all while trying not to make the tower crash.”

Monopoly Super Mario Bros Celebration Edition and Jenga Super Mario arrive on August 1. Monopoly should cost $29.99, though we don’t have confirmed pricing for Jenga just yet. 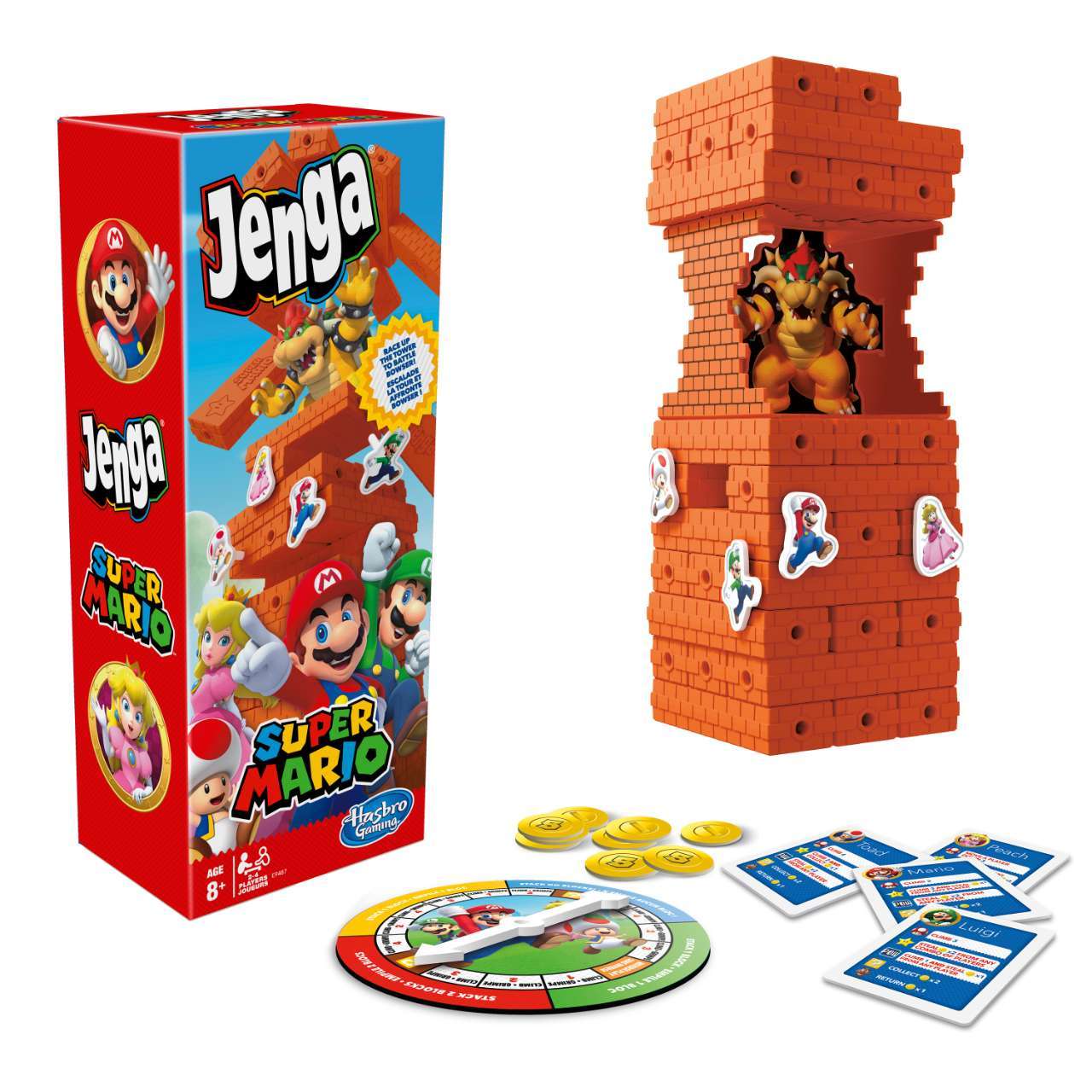