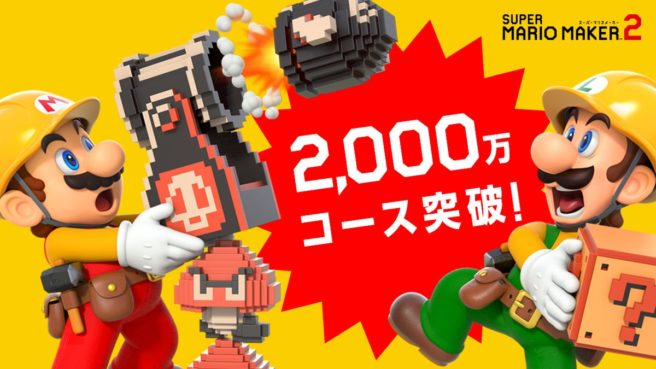 Nintendo has announced a new milestone for Super Mario Maker 2. Since launch, players from all over the world have created and shared over 20 million courses online.

That’s double the amount that had been previously announced. The number stood at 10 million back in January, which Nintendo had confirmed at the time.